Education and the Big Society 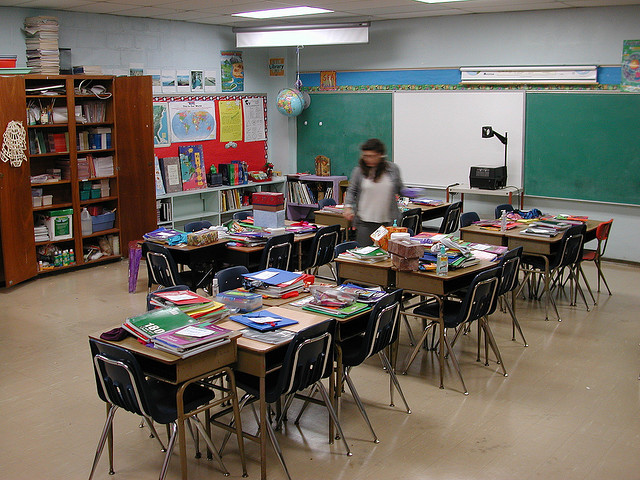 Are cuts to education the best way to recruit good teachers?

A brand new column in The Bubble, immensely exciting and fairly new territory for the amateur writer. So, my subject. Given that many people have a sometimes negative perception of what Education students do, this column is designed to buck such a trend of feeling (I did feel a slight urge to begin with a Potter themed column though). Education today is one of the biggest and most fiercely debated topics in arenas such as the social, political, cultural and religious. Not even focusing on the partner subjects that we all study, (unsurprisingly mine happens to be English), the huge amounts to discuss and study in the realm of education means it is again no surprise that Education Studies was the only subject in Durham that had a 100% student satisfaction rate in last year’s National Student Survey. So, I’m going to take you on a journey through the various arguments that I, myself, find the most intriguing, demonstrating in the process just how important education is in society today. I make no qualms about the fact I will often give my own personal opinions; this is my own column, and those of you who are seriously offended can write to me at “Jeremy Clarkson’s Mexican Representative, BBC headquarters, London.”

Thus I begin by looking at the inevitable: education’s link to society. Not just any old society these days, but a “Big Society”, one where the voluntary sector booms to save money and pull us out of our economic slump. Now, personally I think the Big Society premise isn’t altogether an unattractive one, although I thoroughly disapprove of the way it is being instigated. Voluntary jobs have the capacity, I feel, to inspire people to pursue a full time job in whatever field; it is just a case of the motivation being properly nurtured and, as David Cameron suggests, a collective feeling of “responsibility” for what is going on around us. One such field is of course, education.

I myself have been accepted onto the Primary PGCE course here in Durham for next year. I have held ambitions to become a primary school teacher since the age of 14 and before you write me off as being self indulgent, this is definitely on topic. I doubt I would have succeeded in the interview for Durham had it not been for the experience I possess. I volunteered in a school for the entirety of my “year out”, resisting the temptation to discover myself in Thailand and I have returned there every holiday since starting my Durham degree. I fulfilled a role similar to a classroom helper and was able to gain a huge insight into teaching methods, the running of a school and have become great friends with some of the teachers, who in turn have helped unconditionally and offered fantastic support.

That was all voluntary. As well as working in a café-bar (which I got paid for, and still do), that was my contribution to Big Dave’s Big Society. I, like generations before me, was inspired to undertake my undergraduate degree knowing that it would be relevant, stimulating and help me on the path to educating the children of tomorrow. David Cameron talks of huge problems at the grassroots of our society – “Broken Britain” – and he has labelled education as playing a crucial role in ensuring children are growing up with an inherent sense of responsibility toward our country. To do this (he and Michael Gove argue) you need good teachers, motivated teachers, outstanding and disciplined teachers.

Good! So that means I and my cohort of primary teacher buddies are going to feel valued by the Big Society, does it?

Michael Gove has recently announced that teacher training places across England will be cut by 2,000, 14% of all places. Whilst the generous grants that exist for “valued” subjects such as mathematics and sciences will remain in place, the grants for subjects such as English, History and Primary have been abolished entirely. The £4,000 such recruits were going to receive to help them, say, live in a building, have just been removed meaning that we either become more indebted to the SLC or build a treehouse.

I am painfully aware I am on a rant but here I reveal the point of it all. We have established that under the Big Society, teachers are cited as having a huge role to play. We have also established that voluntary jobs inspire you to consider training for the real deal. However, with the cuts to education, amongst other things, are the right people going to be drawn toward becoming teachers? With £9,000 tuition fees, will the right people be attending top class universities in two years’ time? If you wish to sufficiently motivate people to consider a career in what has always been termed “the noble profession”, then surely the right way to do so is not by removing incentives. Scale it down for the sake of the economy if need be, but don’t do away with it all together. The £5,000 pay-out to teachers who manage to remain in their jobs after qualifying has now also been discarded. I fear that people are now being put off pursuing their ambitions because they cannot afford to do so. If this is the case then surely the Big Society has failed before it has even begun, and with the mindless slashing continuing, one can only fear for the state of education five years down the line.