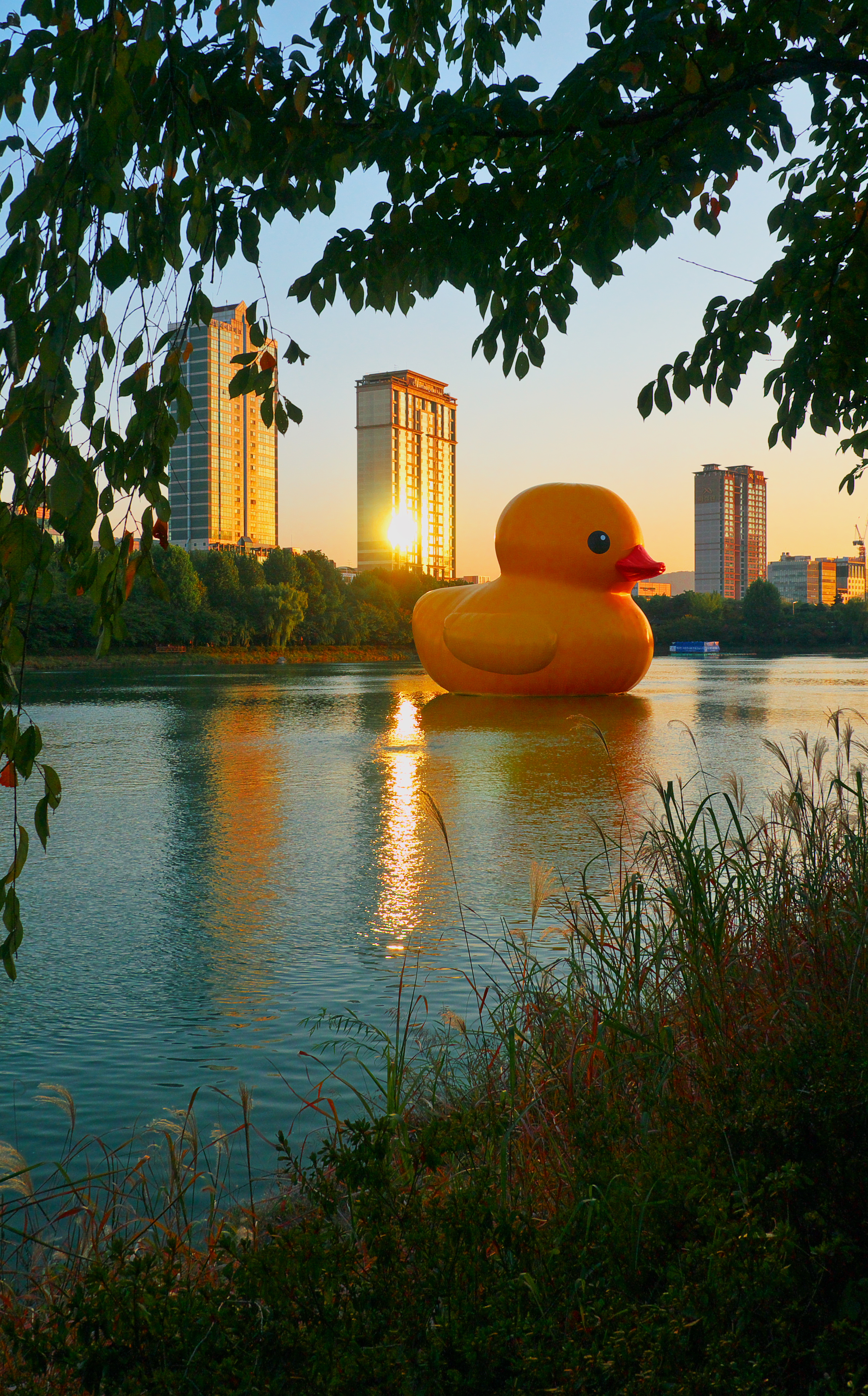 The giant inflatable duck in its natural habitat.

Most Durham freshers come to university with Sport on their list of extra-curricular priorities, others with Drama or Arts, quite a few with Champagne or Wine, but for me DUCK was the one thing I just had to get involved in. I had heard that Durham University’s Charity ‘Komittee’ was one of the best in the country, and having previously loved organising charities events in school, it seemed like the perfect opportunity.

Indeed, I have loved my first term being on the DUCK Events Team; we organised a club night and raised awareness during Movember and DUCK Week, whilst planning for last Friday’s Cathedral Sleepout. However, I did not realise that ‘raising awareness’ amongst undoubtedly clever students in a top-ranked university would prove so challenging.

If you stand outside the science site, no matter how big your inflatable duck is, or how many goodies you have to offer, students just don’t want to hear about charity on their way to lectures. If you ask for donations, they have left their wallet at home. If you offer them cake, they have just eaten. If you ask them to sign up for something, they just don’t have time.

Don’t get me wrong, thanks to the collegiate system, a massive amount of charity fundraising goes on at our university: as well as the main university Fashion Show and DUCK events, there are 15 colleges that put on individual charity fashion shows, formals, pub quizzes and other fundraising bonanzas.

This past weekend has been especially busy in terms of fundraising. On Friday 6th and Saturday 7th February Durham’s fittest braced the catwalk in aid of two worthy charities. The Fashion show was amazing, with each guest having a bottle of wine each and access to yummy cheese, cured meats, posh popcorn, Krispy Kreme delights and some vodka, whilst being entertained by two presenters, Durham’s fantastic Dance Troupe and a heart-warming Ed Sheeran Cover by Katy and Harry Roxburgh. Across both nights well over £10 000 was raised in profits after both a raffle and an auction, with 280 guests on the Friday and 450 on the Saturday. The same Friday, DUCK held their annual Cathedral Sleepout, with 144 participants and about £4500 raised overall for Moving On and Foodcycle. The night was a success, with live music and board games. “I had a really fantastic time despite the cold,” says Joe Sherlock (first year, St Cuthbert’s) “it was a unique experience which has definitely encouraged me to look into further DUCK Events”.

However, should two of Durham’s biggest charity events be held on the same night? This is a problem that I especially struggled with, having bought my DUCFS ticket a long time before I realised that they were on the same night. Also, due to a mammoth effort in advertising and promoting the event, I feel that there should have been more sign ups. With over 16 000 students studying in proximity to the beautiful landmark that is the cathedral, was the main problem that they simply didn’t know enough about it to sign up, or whether they simply couldn’t be bothered to? “I think the event was well advertised through Facebook,” continues Joe, “but there may have been more sign ups if emails were sent by the University or if DUCK college reps had posted it in collegiate Facebook groups”, and Josh Lamming (first year, Grey) thinks “there could have been more hype generated outside the Bill Bryson Library” for example, for a more populated event. Indeed, DUCK did brunch crawls in colleges, gave out flyers, posted consistently on Facebook and put up posters where they could, but reaching every student in Durham University is hard. As I have said, standing in the Science Site with a cardboard cathedral, sleeping bags and a big duck inflatable is pointless if most students just walk past in a rush.

When looking straight at the figures, it would seem that DUCFS was more of a success. But this isn’t necessarily DUCK’s fault, and their great efforts deserve recognition too. It is just a shame that it takes an event with a lot of alcohol, students in underwear, and a prestigious, elite dress code to get Durham students donating to charity. Getting a £1 donation from students in the street is hard enough, but I can almost guarantee that most won’t think twice about paying over £50 for a college ball this summer, yet it will be a struggle to get as much interest in a DUCK ball even though all profits will be donated to the NSPCC.

When asked about how DUCK has been received this year, Jordan Riley (DUCK president) said: “This year DUCK has had more events and participation than ever before. Colleges are continuously putting on events whilst our uni-wide events gain interest from lots of different year groups and this term we would really like more freshers to get involved, as they have lots more time to enjoy it!” With charitable expeditions across the world, challenging events such as Tough Guy and Sky Dives, DUCK definitely has a lot to offer.

“For me the best part of being DUCK Chair is seeing the events materialise from the first risk assessment to the event itself” continues Jordan. There is no doubt that freshers especially should get involved with charitable events both in colleges and with DUCK, to be able to head up teams next year and raise more money than ever before.

I am hoping to see the charities ethic change slightly this term. Charity fundraising should be a part of every student’s university career, it is not only fun and rewarding, but looks great on CVs, helps develop skills and most importantly, helps people a lot less fortunate than those who study at Durham.

Things to look out for in the rest of the year: college fashion shows, the Epiphany RagRaid, the big DUCK race and the New Orleans Charity Ball to name a few.