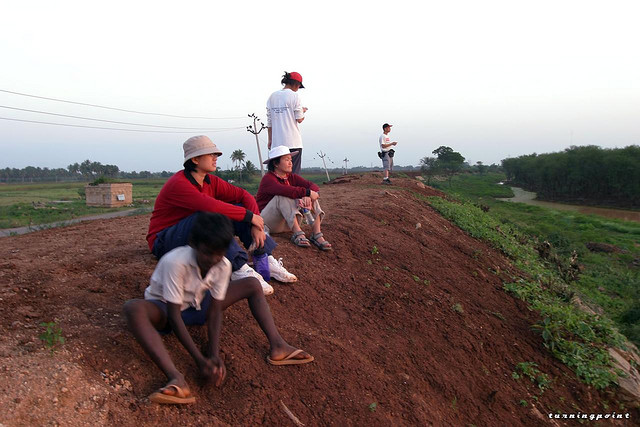 Do international placements benefit hosts as well as volunteers?

Another summer, and another posse of wide-eyed, over-educated and under-skilled school leavers make the trek to South America, Africa or the Indian subcontinent to dip their flip-flopped toes into the murky waters of volunteer tourism. Some will undoubtedly return as changed individuals, basking in the warm glow of their life experience and the knowledge that they have, indeed, made a difference. Some just end up quite liking harem pants.

A fair assessment of your typical gap-yah student? Perhaps not. The vast majority of student volunteers who travel to the developing world do so with the best of intentions, wanting to do what they can for those less fortunate across the globe. The rise of international volunteering agencies – both commercial and non-commercial – is symptomatic of a real desire to help others among comparatively affluent Western youth: in itself, of course, a good thing.

But do all volunteering programmes offer the Holy Grail of mutual benefit for volunteers and recipient communities? With the industry expanding rapidly even through the recession, the breadth of choice available to the potential voluntourist is vast. Volunteering programmes are often sold as a way to “get to know” the host culture beyond the confines of a mere holiday: short placements, sometimes of just a few days, are bundled with tour packages marketed to students desperate to see the world on a, like, cultural and spiritual level, but with the apparent safety net a Western tour company can provide. Others will commit to three months with a little-known local Bhutanese charity weaving yak wool blankets for orphans without blinking an eyelid.

It’s easy to be cynical when everyone from your local branch of STA to the Her Majesty’s Government is jumping on the volunteering bandwagon. You know an industry is well established when David Cameron endorses his version – the forthcoming International Citizen Service scheme – as a shining beacon of the Big Society abroad: a solution to Britain’s own domestic “youth problem”, creating a generation of model citizens with freshly broadened horizons and a new-found tolerance for other cultures. While Cameron’s idea is certainly promising – research by think-tank Demos supports his argument that international volunteering could be hugely beneficial for deprived British youngsters – it highlights an important aspect of the voluntourism debate. With countless plus-points for the Western volunteer, from improved social cohesion to a sparkling CV, is volunteering abroad more about us than them? When we furnish developing communities with a prolific supply of eager but unskilled young Brits, are we really making sure that the benefit is mutual?

The debate is further muddied by divisions within the sector itself, often between commercial tour providers and non-profit charitable groups. A notorious 2006 press release from the leading volunteer charity VSO directly accused tour companies of putting the enjoyment of volunteers before the realistic needs of host communities; the assumption that volunteers would make a positive difference just because they were Western, VSO alleged, amounted to a misguided form of “new colonialism”. When some volunteers shell out thousands for the privilege of providing free labour, it is crucial that placements offer useful work: a growing pool of potential volunteers leaves unscrupulous tour companies plenty of scope to exploit the good intentions and affluent guilt of the uninformed, creaming off profits while host communities gain little.

Luckily, it isn’t all grey skies and dodgy dealings. There is real potential for volunteering abroad to be mutually beneficial, just so long as projects are sustainable and attuned to local needs. Being selective is the key: ultra-short placements of a few days are likely to line the pockets of tour companies rather than benefiting the host community, but longer schemes working in partnership with charities on the ground can have real potential in terms of development and poverty alleviation. A Kenyan village may not need its school repainted for the seventh time, but a project to install a well could genuinely save lives. In developing communities where situations can change rapidly, flexibility and local knowledge on the part of both the volunteer and the organisation are vital.

Given that Googling “international volunteer placement” yields a baffling 11 million results, knowing which organisations are legit can seem like rather a tall order. Fortunately, DUCK provides a useful alternative to closing your eyes and randomly prodding your laptop screen. The extensive expeditions programme works with established charities conducting crucial conservation and development work, from surveying endangered reefs in the Philippines with Coral Cay Conservation to providing education for street children with Future for Nepal. Around half of the placement fee goes directly to the recipient charities, thus providing much-needed capital as well as volunteers. Though the application process and interview may seem daunting, it is a reassuring sign: good intentions are put to best use when the person matches the placement.

DUCK expedition volunteers can embrace that warm fuzzy feeling in the knowledge that their placement is well-supported and legitimate. But what about those who missed the application deadline, yet still feel the urge to do something meaningful with that endless uni summer? Pop into the DUCK office for a nudge in the right direction – your time volunteering abroad can be an incredibly worthwhile and valuable resource in the global effort to help alleviate poverty and protect the environment. You might even pick up a fair-trade pashmina woven by Mongolian nomads. Or some harem pants.