DUCK: How Big is the Big Society? 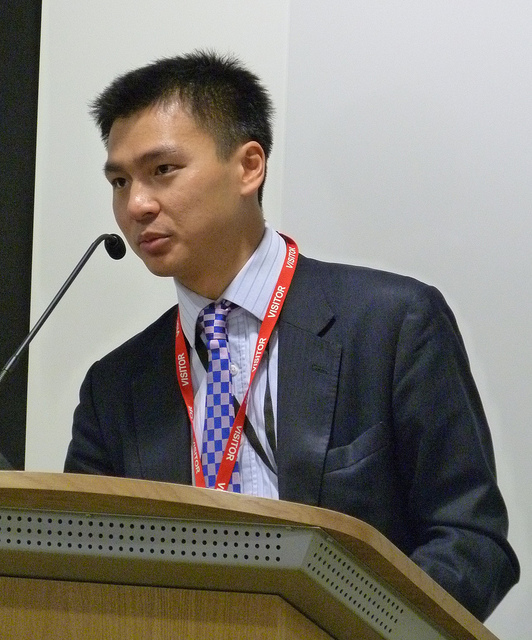 The coalition government’s political rhetoric has a tendency to sound thin and tacky when applied to social policy. The confused looks on the faces of Conservative party supporters when Cameron unveiled his “big society” at the party’s 2010 spring conference said it all: what could this be? Presumably the policy’s vagueness acts as its strength: its application will remain untestable and it can be willingly “floated” in the (slightly desperate) hope that it will achieve something.

Cynics abound, and you might be forgiven for thinking that’s where this article is headed. Some have asked provocatively whether this policy might be Cameron’s desperate effort to present the cuts with a friendly face, the perfect antidote to Theresa May’s assertion that the Conservatives were the nasty party. You didn’t really think he would let people continue to think that he was actually the resurrected corpse of Thatcher’s fierce anti-state government without at least putting a smiling face on it… did you?

However, despite this, the “big society” has begun to pick up positive commentary from some unlikely places. The Economist’s World in 2011 offers social Cameronites a muffled assent to the leader’s idea, stressing that with sound investment and popular backing (i.e. a reinvention to avoid the inherent tackiness) it might have wings. Could this most unlikely of candidates actually be the answer to “broken Britain”?

The first signs haven’t been good. The Office of National Statistics last week revealed that the British economy had in fact shrunk in the final quarter of 2010: there can be no doubt that investment in blue sky social policies is unlikely to be fulfilled in the midst of a double-dip recession. Further, Polly Toynbee has drawn attention to the failure to invest in the charity sector even during the economic and political honeymoon of mid to late 2010. She writes “the big society is a big fat lie – just follow the money”. Or, alternatively, don’t – there isn’t any.

Despite this, Cameron has invested political capital in making the “big society” a reality. Lord Wei’s public entry to the Cabinet Office to facilitate “big society” initiatives alongside Francis Maude and Nick Hurd suggests the government does not intend to “bury” this as a mistaken, wonky electoral policy. Toynbee is right to question when the government will put its money where its mouth is: it is easy to write political waffle about grand ideas, but more difficult to answer how they might be facilitated when so many of Britain’s charities face bleak days ahead.

Cameron must therefore do two things. The first is to sketch in the gaps about his “big society” idea. The Cabinet Office website and the relevant Wikipedia page are surprisingly brief for what claims to be such a big idea. (What could be broader-worded than the offer to “Give communities more powers”?) Second, he must invest the Office with the relevant economic furnishings to give communities the finances they need to achieve this vision.

A running theme of the “big society” concept is localism: putting life back into Britain’s many and varied community environments. No amount of funding will ever be capable of achieving the kinds of development that social campaigners argue for, but this should never limit people’s belief in the ability of small, targeted efforts to effect change in the lives of people around them.

If nothing else, the “big society” might make us sit up and look at the kind of nation we have become. Some will like the transformations that have taken place and others will see room for improvement. Perhaps most will see both. However, all the statistics suggest a nation of individuals less likely to knock on the door of their neighbours and ask for a bowl of sugar. I doubt many of us are cheered to realise this. Can the “big society” offer a response?

Cameron, in the subtle rhetoric of modern political discourse is suggesting to “ask not what your community can do for you, but what you can do for your community”. Students are normally wont to dream of changing the world at the highest levels, and are encouraged to set their ambitions to the default setting of “limitless”: those narcissistic graduate recruitment adverts offering “just another day in the office for a high performer”.

These heady dreams can make undergraduates unaware of the invaluable benefit they can make to communities around them. Here, I refer specifically to the work of DUCK’s annual allocations procedure, through which thousands of pounds are gifted annually to community projects throughout the region. DUCK is often criticised for its efforts to raise generic “DUCK funds”. Students (and others) often mistakenly believe that these funds sit slovenly in accounts, and seem to have a hazy belief that they “cover costs”.

Nothing could be further from the truth. Every penny that is raised through DUCK funds goes directly to the front, funding projects that must compete to demonstrate value. Through an annual process in which local charities and community groups make submissions for funds, DUCK is able to select the best and most needy causes to be given funding. This is all transparent: a list of last year’s beneficiaries can be found on the DUCK website.

The “big society” is still a big idea, and will remain so until Cameron et al. are prepared to furnish it with an account and debit card. Perhaps the cabinet, like it did under Gordon Brown, should head north to the fine city of Durham to learn a lesson or two. Here localism, through organisations like DUCK to whom the words “thin” and “tacky” could never be applied, has been found alive and well.