DUCK: Could U Rally? 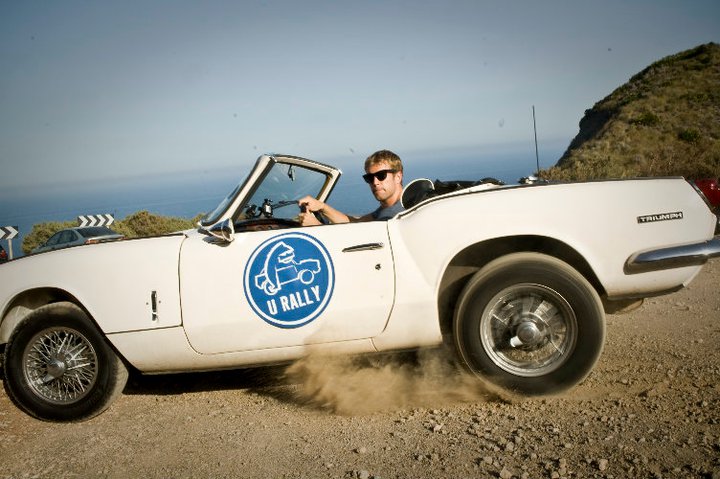 Ever felt a burning desire to go out into this big, beautiful world to see and do it all on the adventure of a lifetime? If the answer is yes, then U Rally might just be the thing for you.

U Rally is a charity car rally where teams race along a route of their own choosing, completing madcap challenges along the way in a bid to become U Rally Champion. Described as a “mad jaunt across the continent”, teams rack up points by completing challenges that range from masquerading as a tourist guide in Stockholm and serving Earl Grey to the masses in Moscow’s Red Square to staging a fake protest against a pet hate in Frankfurt.

U Rally stands out from the other charity events like Ride & Seek because of the freedom it gives participants to choose their own route. Teams are essentially given carte blanche on planning and following their own journey, and the challenges are tailored to that route. I think the challenges are what makes U Rally really stand out, because they make people take full advantage of the whole road trip experience and leaves them with amazing stories to tell for years.

U Rally was founded in 2009 by Jonathan Sobczyk, a former Durham student who in 2007 bought a car on eBay for £270 and drove it 10,000 miles to Mongolia to raise money for charity. He later met John Rendel, the founder of PEAS (Promoting Equality in African Schools), on a volunteering trip to Uganda and together they launched the first ever U Rally in 2010. Funds raised from U Rally will go directly towards helping PEAS mission in Africa.

PEAS builds and manages secondary schools that permanently widen access to secondary education in Uganda. With only one in four Ugandans able to attend secondary school due to a lack of school places and high tuition fees, PEAS provision of SmartAid schools could be just the thing needed to educate new generations of African children.

The SmartAid model was developed to build financially self-sustaining schools in the long term by creating low fee schools using local ownership. Using the funds raised to cover the capital build and start-up costs of schools, PEAS helps schools to open debt-free. Their schools cover their running costs by charging low tuition fees that most students can afford, ensuring sustainability. PEAS is currently working with the Ugandan government to pilot a programme that would eradicate school fees for day school-going students. With 8 schools already open successfully in Uganda, PEAS plans to expand its efforts to Zambia as well.

U Rally participants are expected to fundraise a minimum sum of £250, a sum that will truly makes a difference. £130 ensures a permanent place in a PEAS school and this can lift an individual and their family out of poverty.

The sign-up for U Rally 2011 opens on 20th February with limited places. In the meantime, check out the Facebook page at DUCK U Rally 2011 and e-mail r.s.y.lim@dur.ac.uk to find out more.