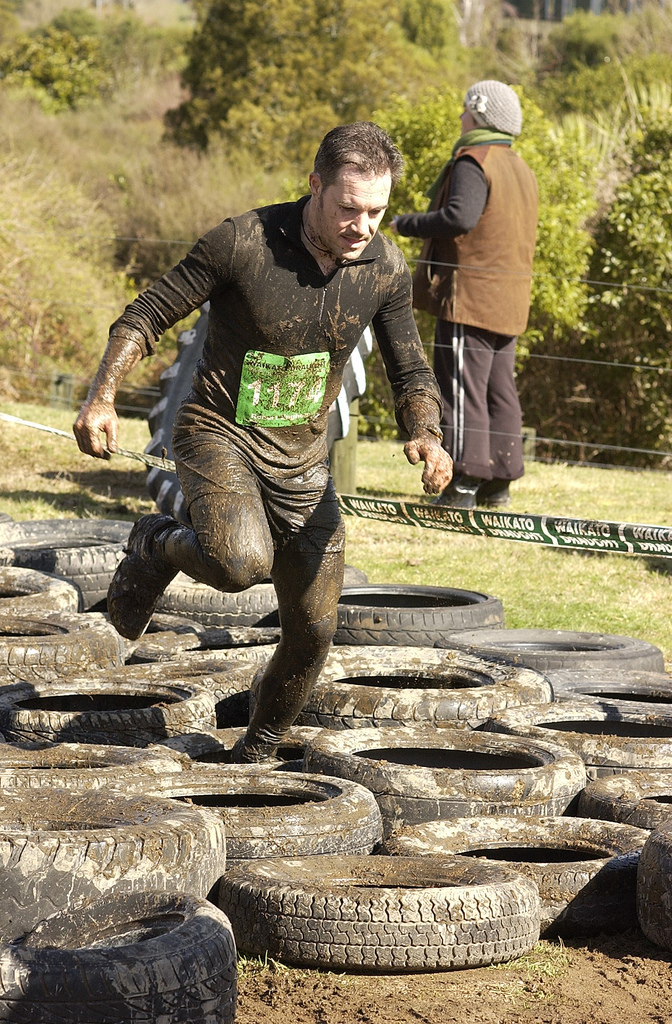 Are you tough enough?

From jumping out of a plane strapped to a stranger, to cycling from coast to coast, to wilfully enduring the tempting prospects of hypothermic swims and scorching fire, DUCK challenges provide the opportunity to push yourself to bizarre extremes; but why on earth do we do it to ourselves? Yes, the adrenaline rush of a bungee jump on Palace Green is a welcome change of pace during the heavy slog of the exam period, but this certainly doesn’t account for the seeming insanity which pushes us to bear the prolonged brutality of Tough Guy. During this trial of voluntary torture participants are frozen, burnt, half drowned, made to walk the plank and even shot at with paintballs… all in the name of charity (and challenge)!

The psychologist, Marvin Zuckerman, offers one possible explanation: in the 1970s he described the act of sensation seeking as a “trait defined by the need for varied, novel and complex sensations and experiences and the willingness to take physical and social risks for the sake of experience”. Perhaps therefore it might be argued that all five and a half thousand ‘tough guys’ harbour this high level of sensation seeking behaviour, and need to put themselves through something truly off the scale to really get them going (e.g. casual electrocution whilst swimming through submerged iced tunnels). This would correlate with the theories of another trait psychologist, Hans Eysenck, who claimed that people with certain personality traits (extraversion in this case) were severely under-excited by ‘normal’ levels of stimulation. This group is more likely to seek out extreme situations to increase their excitement to a hedonic level, whereas those with more introverted tendencies might need far less stimulation to reach the same optimum. So although events such as Tough Guy might increase levels of excitement beyond enjoyable levels in normal/well-adjusted/balanced people, for these sensation seekers they achieve their optimum thrill and enjoyment only when truly pushing themselves to their limits and beyond.

However, alongside the sense of adventure and personal achievement, there is also the unforgettable charitable aspect of everything we do at DUCK. Raising money for charities such as ‘Help for Heroes’ and the ‘Future Sense Foundation’ lies at the core of every event and is for many the reason they take up the challenges mantle and put themselves through things so far beyond their comfort zone. This, I think, is one of DUCK’s greatest achievements. Whether hitchhiking across the globe or running a marathon, DUCK enables students to engage with charity in dynamic and exciting ways, with each individual gaining an incredible sense of personal achievement having pushed themselves to limits most people could never imagine. By facing their fears most participants find the process hugely satisfying; I can near guarantee that if you bungee jump off Palace Green in third term, it won’t be your last!

So, what reason can I give for the stack of over 80 applications for Tough Guy sitting on my desk? A fair few are probably just for the challenge itself, perhaps to see if it really is as bad as people say (it is, in fact it’s worse – I’m still having flashbacks). Maybe some applications are the result of a drunken bet, and others to get over the indignity of failing to grow a proper moustache over Movember to prove their undeniable ‘macho-ness’. Yet from my experience last year, I can comfortably assume that on the start line each and every participant will be at their most exhilarated, and utterly buzzing with anticipation for the testing ordeal stretching before them; ready to embrace the challenge and knowing from that moment that a hot drink, and legendary status, are only a few hypothermic hours away.

So whatever the reason, wish every Tough-Guy-to-be luck on January 29th, they’re going to bloody need it.