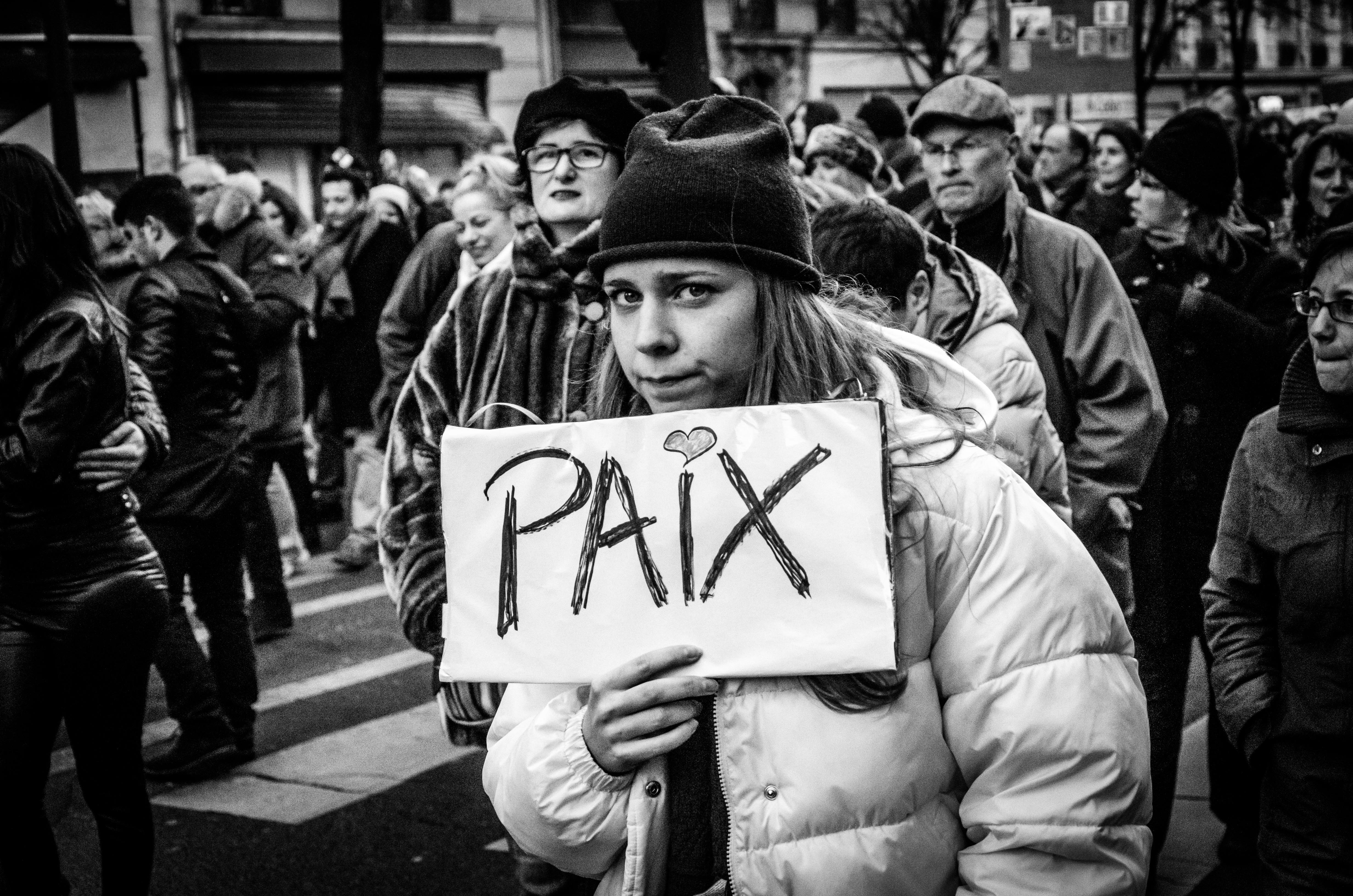 “It is important to recognise what is defiance, and what is something more sinister”

Defiance can be beautiful. To be confronted with savage violence and yet respond with dignity is beautiful. However, defiance can easily descend into dangerous stubbornness and vengeance. It is important to recognise what is defiance, and what is something more sinister.

Since 9/11 and the hysteria which followed (without being too judgemental, as I myself was too young to comprehend the situation), we have allowed ourselves to be manipulated. Our “defiance” – the angry feeling of “we can be bigger and badder than they are!”; “fight fire with fire” –– manifested itself in governments being allowed to increase executive powers, massively expand the surveillance state, circumvent established norms of civil liberties in the “war on terror”. We also allowed the media to lead us in hysterical, often wildly-exaggerated generalisations about our Muslim communities. Since then we’ve all been spied upon; people have been harassed by the state, the media, and assorted nasties; and the state maintains its dangerous executive powers and ability to circumvent civil liberties. Suddenly it’s “reasonable” for our government to want to scrap the European Convention on Human Rights. And that’s just the situation at home, without starting on the way that 9/11 allowed the “coalition of the willing” to flatten Iraq and deploy genocidal drone strikes in Afghanistan and Pakistan, with far less dissent than there ought to have been. In short, we allowed fear to get the better of us: defiance became negative permissiveness, and the repercussions of that have been as devastating as the act of terror itself.

The Charlie Hebdo massacre in France has been met with defiance, in the streets of Paris and other major cities, and all over social media. This quotation, (wrongly) attributed to Voltaire, has been ubiquitous: “I disapprove of what you say, but I will defend to the death your right to say it”. Even if you are being racist (and whether the magazine was, is a different conversation), the right to freedom of speech is sacrosanct, and I will die before I let terrorists deny you that right. It all seems very noble and defiant, and in certain contexts it is. People should generally be able to say what they want. And in reasoned debates between groups of roughly equal power (e.g. private conversations); in progressive-minded academic forums; in artistic exchanges: in these places, ‘freedom of speech’ should be applied to its maximum. But I believe there are good reasons for putting some small limitations in place. This is especially relevant right now amid a general feeling of defiance, where a backlash would be scarcely noticeable.

Evelyn Hall gave the “defend to the death” quotation as a general summary of Voltaire’s political views. What the statement fails to capture, however, is Voltaire’s virulent racism and anti-semitism. He denounced Jews as “calculating animals”, and speculated that black people were of inherently lower intelligence than whites. Now, I would be disgusted if someone were to descend to violence in my name in response to Voltaire’s anti-semitism. But I don’t see how it is normal or reasonable to expect that I ought to celebrate his right to make slurs against me. As an individual, I have the right to defend myself against libel and prejudice, and I don’t see why this right could not be extended to ethnic and cultural groups. I don’t see how racial, xenophobic, religious or class prejudice is any different to libel and perjury. Now, luckily, we do have a society which has come to reject racism. Just a few days ago, a contestant was ejected from Celebrity Big Brother because his comments were perceived to have constituted racism.

However, this seems to be under threat. In his response to his ejection, he denounced the “boring political correctness” which he saw as leading to the demise of his place on the programme. This is a trend that has been steadily increasing of late. That political correctness has gone too far. That racism is “what we’re all thinking but were too afraid to say”. And it seems to me, that the anger generated by the Charlie Hebdo atrocity could so easily drive people, who would usually be more vigilant, towards accepting these arguments. This would be a disaster. For one thing, it is exactly what the terrorists want: ISIS cannot endure without it, as terrorist groups thrive on the marginalisation and disaffection of their ‘constituents’; marginalisation and disaffection is an inevitability of racism. But aside from that, the overcoming of racism is one of the reasons why people feel so defiant towards these terrorists: we believe that our society has better values – take liberté, égalité, and fraternité – than these murderers. But a commitment to overcoming racist prejudice has to be one of our principles if we aspire to be the ‘civilised society’.

You only have to glance at social media to see that we have a long way to go. Rupert Murdoch, of such immense influence on both sides of the Atlantic, tells us that “they” must be “held responsible”. What is this but pure racism? The implication that every Muslim is somehow more complicit in Islamic terrorism than, say, every Italian is in Mafia violence, or every Jew is in Israeli atrocities, is insane. So active measures are required to protect minorities from “damaging claims”, similar to individuals. Allowing total, uninhibited application of ‘freedom of speech’ will simply allow prejudice to manifest and influence people. To argue that we should protect the right for racist views to be voiced ‘so that they can be defeated’, is to assume a fair playing field and ignore the difference in powers which would exist in an unregulated forum between a white racist and a member of a minority trying to defend themselves. This would be the result if we were to trash “boring political correctness”. That would be the end of our beautiful defiance.

I find it very hard to believe that those who talk the talk of total freedom of speech would walk that walk should they become threatened by it, as minorities are every day. Another liberal thinker strongly associated with freedom of speech is J.S. Mill. He argued for pluralism, and stated that should one man hold a view contrary to all others in society, they ought to be protected. This sounds an attractive view: but in a nearby paragraph, Mill also argues that “savage” peoples ought to be justifiably subjected to tyrannical governments until they become “civilised”. Clearly, then, J.S. Mill, that most celebrated proponent of ‘freedom of speech’, did not actually believe in total freedom of speech. First, you had to conform to his (crappy) cultural standards. Well, my cultural standard is one that rejects bigotry, and I will be defiant when people tell me to stand up for their right to preach that.