‘Doing God’: Why Is American Politics So Obsessed With Religion? 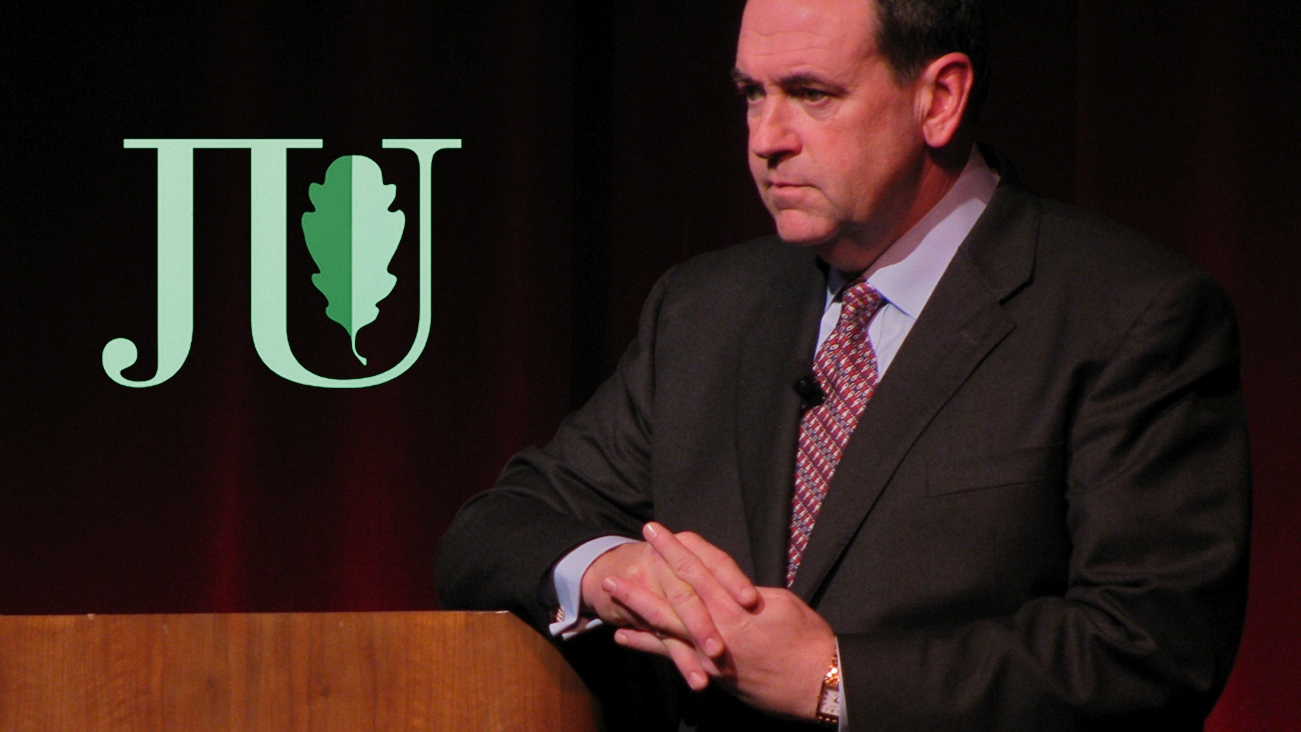 In 2003, Alastair Campbell, one of Tony Blair’s senior advisors, intervened in an interview to prevent the Prime Minister from answering a question about his Christian faith – “We don’t do God,” Mr Campbell interrupted. Modern British politics, despite the formal fusion of Church and state, arguably through the years has become more and more secular, where religion is seen as a private matter and a politician’s faith is just one of many personality traits. Being Christian is not a prerequisite for political success – Nick Clegg and Ed Miliband are both atheists – and overt declarations of faith are not commonplace on the political scene.

Seemingly on the other side of the spectrum lies America, a country whose politics is laden with religious undertones. Religious faith appears to be essential to political success. 83% of Americans describe themselves as Christians, 37% of which describe themselves as born-again or evangelical. This translates remarkably to the makeup of Congress – 91% of the current Congress is Christian, and only 1.7% – just 9 members – said ‘don’t know’ or refused to answer when asked about their religion. Thus, it is hardly surprising that America is yet to elect a President that is not Christian. But why is religion so prominent in US politics?

The US officially has a separation of Church and state in its constitution, yet this has not created a separation of religion and politics. There has been a continuous and controversial relationship between the state and religion throughout US history – for example, President George W. Bush (who focused his 2000 election campaign on his conservative Christian values), was criticised for his Faith-Based Initiative, where faith-based organisations could get federal funds. Significantly, there is the common impression in US politics that religious faith is inextricably linked with moral integrity – campaign ads often mention Christian faith along with ‘family values’ and ‘community’, as though they are specifically Christian principles. Mentioning faith makes politicians seem more relatable and trustworthy, consequently making it a common feature of both Democrat and Republican campaigns.

Increasingly, American politics has been dominated by the rise of the ‘religious right’. There are a number of factors for this – arguably it arose as a response to various judicial decisions in the 20th century that were perceived as anti-Christian. The most prominent example is the 1973 Supreme Court Roe v Wade decision, which gave women the legal right to have an abortion, thus creating the backlash ‘right to life’ movement which is so famous today. Decisions like these gave the religious conservatives cornerstone issues to rally around – and for politicians to garner votes on. Religious conviction, paired with conservative values, has made the religious right a powerful force in American politics – 99.7% of all Republicans currently in Congress are Christian.

Another factor for the rise in the religious right is the so-called ‘pushback’ against American mainstream culture, which is seen as representative only of the east and west coasts of America, the young, and the liberal. This is especially true for southern states, nicknamed the ‘Bible belt’ due to their especially high evangelical populations. Politicians in such states are seen as ‘defenders’ of religion against the state and against broader culture. For example, in 1962 the Supreme Court ruled that school prayers were unconstitutional. This caused outrage across southern states because the cherished tradition was taken away, and it contributed to the narrative that Christianity is under attack from the state. The popularity of George W. Bush’s Christian conservatism is perhaps indicative of many Americans’ wish to have a more morally upstanding President, after Clinton’s debauched time in office.

American politics is so obsessed with religion for a number of reasons – the simplest being that the overwhelming majority of Americans are Christian, and they expect their politicians to reflect their beliefs and values. The constitutional separation of Church and state made religion a political issue, as there will always be contentions over where the state is overstepping the line, and vice-versa. Finally, much of American politics – due to the nature of campaign cycles, 24-hour news coverage and campaign ads – centres on candidates’ personality. It seems that for many voters, a moral, upstanding candidate is necessarily a religious one. Whether this perspective is justified is another matter, but it is one of the main reasons why religion dominates American politics.