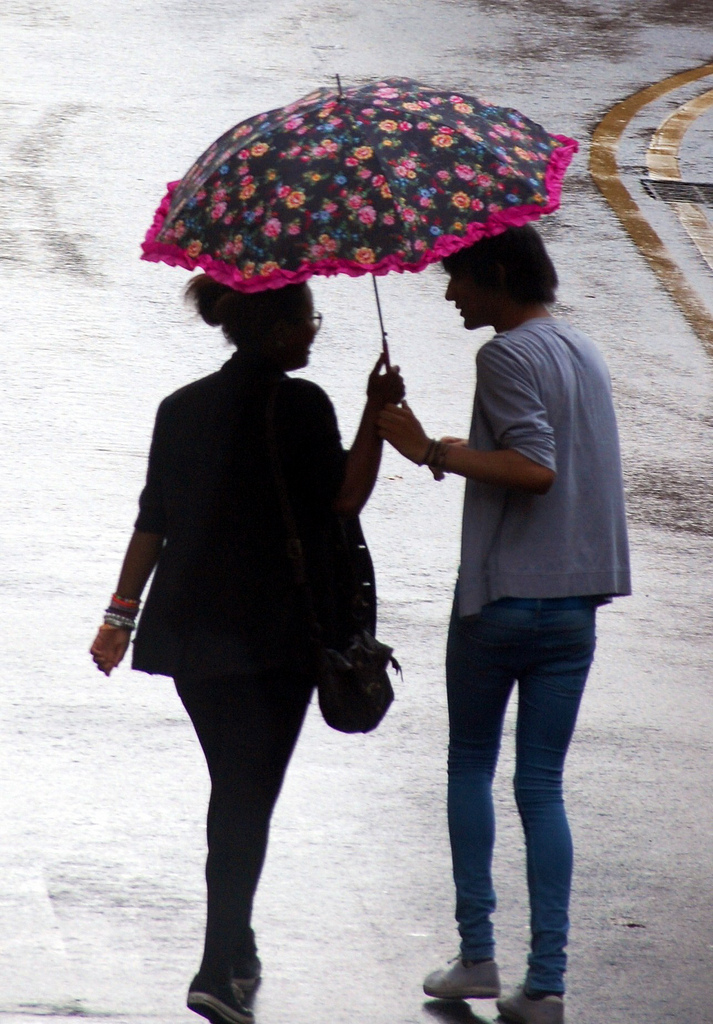 Do we assume acts of kindness have ulterior motives?

In a world where people dump cats in litter bins and “happy slapping” has become somewhat of a national pastime, it is all too easy to get caught up in an air of cynicism and misery that, well, the British are actually famed for. In day to day life within the UK, there are so few examples of truly selfless acts that even when the smallest of kind gestures occur, they stick in your mind, more often than not, just through sheer disbelief.

I was walking to the library the other day, following what can only be described as a “mess” of blonde hair and pastel gilets. Needless to say, this is not the unusual part of my story. What struck me most was when one of the clones separated from the pack to go at least seven or eight feet out of her way to reach over and turn off a bicycle light that someone had left on. I was absolutely astonished. By and large, most people wouldn’t even notice, let alone act upon a bike light flickering away in broad daylight, but this girl (who I had admittedly already judged to be the sort to throw pennies at people outside the job centre, telling them “you’re why daddy has to have offshore bank accounts”) had appreciated that battery life is key in the crepuscular gloom that seems to envelop Durham and saved a perfect stranger a great deal of hassle.

As innocuous as this event may appear to the reader, just take a moment to think about how frequently you go out of your way to perform a selfless act, one that isn’t even necessarily appreciated by the beneficiary. Of course the benevolence of the aforementioned female was soon ified by the arrogant clone that didn’t even acknowledge that I held the library door for her, but that’s another issue altogether…

This event got me thinking; why are we so disinclined toward helping or even accepting help from others? I appreciate that human beings are inherently selfish creatures (and this is not a cue to begin a debate on Social Darwinism) but even so, we are still, generally speaking, compassionate entities.

It soon becomes apparent that in this modern age, there is a stigma about helping strangers, an underlying fear of ulterior motives that precludes us from interacting with someone who just wants to help. There is this mentality that anything we don’t do for ourselves is “too good to be true” and “there’s no such thing as a free lunch” etc., and perhaps most importantly, the perceived danger of people we don’t know. Every man who offers his umbrella to a woman is clearly a rapist, anyone who tries to help an old woman across the street with her shopping is almost definitely going to mug her for her Ovaltine, and God forbid should a man mention he wants to work with children when before long, government officials are knocking at his door asking him if he’s ever been to Bangkok.

I fail to believe that it has always been this way. Surely in the sixties and seventies people were all about giving and sharing and we didn’t just assume that everyone we met was guilty of some degree of moral turpitude. Paedophilia, perversion and general deviance are not new issues. I appreciate that modern technology has played a part in the alleged proliferation of such depravity, but we seem to have lost any sense of community spirit and collegiality through fear of becoming another news story. This national paranoia, catalysed by media scaremongering is pulling people apart and preventing the creation of new friendships, businesses and romances all through a perpetual trepidation of a “worst case scenario”.

In all fairness, being pegged as a “social oddity” is often a key reason that keeps people from providing a helping hand. Generally, people are as scared of being labelled as one of the “deviants” that everyone is trying to avoid and so will not offer help or kindness, regardless of the fact it wouldn’t be accepted anyway. Some of the worst offenders out there are women that complain that chivalry and romance are dead. This is partially due to a shared level of scepticism with regards to romantic gestures, which tends to discourage many males. Should your other half surprise you at work and produce a bunch of flowers, it instantly triggers that (extensive) cynical part of the female brain that assumes he is actually gearing up to tell you that he has lied/murdered/impregnated elsewhere. Furthermore, this is not helped by pigeonholing every man in Klute as a pervert that can’t possibly want to “just dance”, but just simply intends to ply you with spiked quaddies, feel you up in a corner, then take you home and brag to his friends about his exploits. We’re not going to offer to buy you a drink if you’re going to spend half an hour checking it for rohypnol sediment. It’s just ever so slightly rude and it always fully dissolves anyway.

I’m not advocating that we should rush home and whip off our unmentionables with every stranger that offers you a cigarette in the smoking area, but for God’s sake, if it is raining and someone offers to share their umbrella, leave the pepper spray in your pocket, say thank you and ask them how their day has been.