Confessions of a Card Cheat 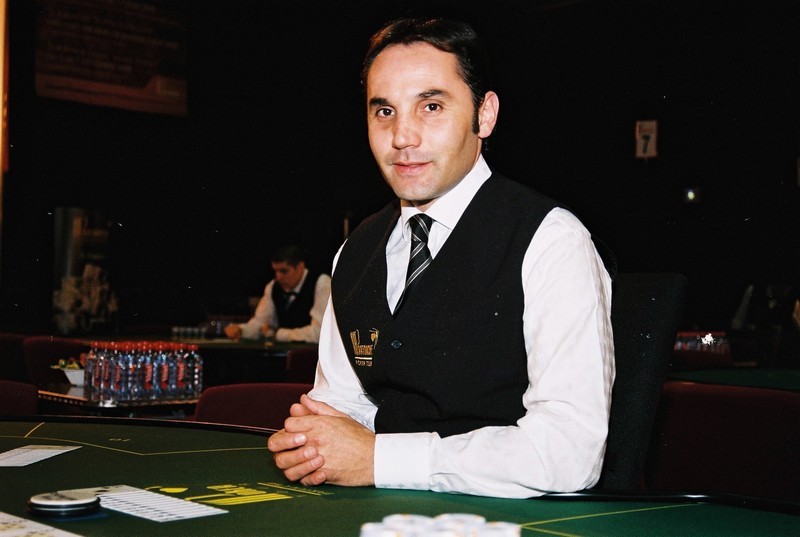 Is he a cheat, or just a croupier?

My name is Nicholas and, once, I was a card cheat. This confession comes hard to me but as the winter months draw closer I feel it is a burden I must lift from my shoulders. With Christmas fast approaching – the traditional time of relentlessly dull games in my family – I wish to face this year with a clear conscience and without swindling my family. The world of cheating and gamesmanship is a rather murky one in which many dabble from time to time, from seeking advantage in sporting or academic competition to subtle subterfuge to liven a rather dull board game. These dark arts have a long and ignoble history which stretches back (probably) to the dawn of time when the very earliest games of Monopoly were begun in the futile hope that they would finish within the hour.

Benjamin Franklin posited that there were “three things that men are most likely to be cheated in: a horse, a wig and a wife.” Aside from that rather curious list the most well-known examples of cheating that come to mind occur in sport where athletes are not-infrequently caught out by stringent drugs-testing policies. But what is infinitely more interesting is the world of gambling and its long-term partner, the cheat. One of the earliest known examples – and at the time one of the first celebrity scandals – involved the Prince of Wales (the future King Edward VII, son of Queen Victoria). The infamous Royal Baccarat Scandal concerned allegations of cheating levelled at one of the players (Sir William Gordon-Cumming), namely that he had altered the amount of his bets after winning or losing a hand. Such was the commotion caused by the stigma of being accused a cheat, the unfortunate knight sued and promptly lost his case, despite calling the Prince as a witness to the affair and thus embroiling him in the scandal as well. So great was the social outcry that Sir William was discharged from the army and forced to retreat to his lonely estate in Scotland, his reputation in ruins.

More recently, there have been more concerted attempts to cheat at organised gambling in casinos at a variety of card games. Made famous by the film Rain Man, card counting in Blackjack has long been used in order to predict when the player has an advantage over the house. This technique, though not technically illegal, has long been sufficient excuse to have players ejected from casinos on merest suspicion. In a rather peculiar case dating to the 1950s, a man perhaps aptly named “Greasy John” – who presumably counted cards – walked away from the Blackjack table for weeks in a row, thousands of dollars in profit. But shortly after commencing his rather successful spree, he died suddenly owing to his habit of consuming multiple buckets of fried chicken at the table every day. Scientific papers have since been published on the phenomenon of card counting and the theories explored have been tested by numerous players wanting to increase their chances.

To skip forwards several decades, cheating in casinos entered the technological age when, in 2007, a group of men were arrested after allegedly using highly sophisticated spying equipment to steal hundreds of thousands of pounds from a London casino. Using a hidden camera, the team were able to observe the cards being dealt by the croupier and then transmit the information to the earpiece of their own player who could then place his bets accordingly.

In another tale of duplicitous gamblers, earlier this month a quartet of young men were arrested for allegedly attempting to swindle thousands of euros from a casino in Cannes. Using special glasses the players were alleged to have been able to identify various markings made on the backs of the cards, allowing them to make almost 90,000 euros in profit before being caught.

But technology is also being employed against suspected cheats and those that simply win too much money at the Casino’s expense. The so called “eye-in-the-sky”, a glorified name for a CCTV camera, is used to monitor players and detect suspicious play. The betting patterns of successful players are frequently analysed using complicated computer algorithms in order to ascertain whether card counting, or some alternative form of cheating, is occurring. Furthermore, Casinos around the world now employ facial recognition software to detect cheats before they’ve even reached the gaming tables, perhaps spelling the end for the career card-shark.

As for my own experiences of cheating? I must make a confession and admit that (once or twice), in the dim and very distant past, I was a cheat. In my misspent youthful years I must confess to having “cheated” at innumerable games of monopoly and other board and card games to ensure my success over various family members. My rather underhand tactics, far more blatant than those of any mere card counter, ranged from “loans” from an unrealistically generous Bank of Monopoly to a superbly fortuitous order of chance cards. But now I am an honest player and, with the excitement of cheating now truly in my past, I can be as uninterested as everyone else with the whole concept of board games.