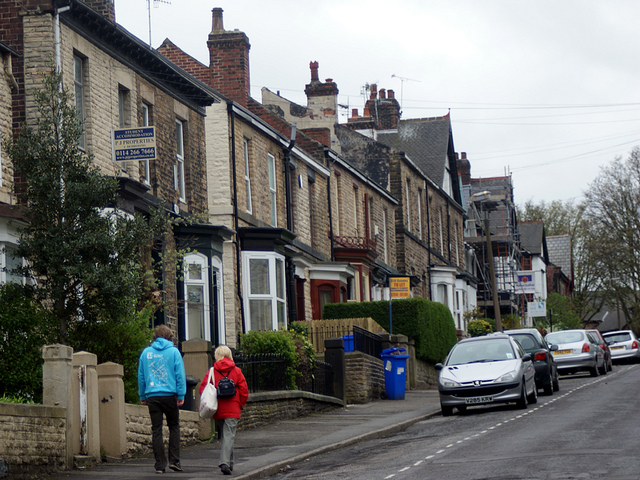 The finalist’s dilemma: house or halls?

When I first came to Durham I found it incredibly bizarre to learn of the common practice of living in halls for the first year, living out for the second and then usually returning to halls again for the final year. I couldn’t imagine how someone who had lived in a house off-campus would suddenly want to return to a single bed in a tiny room, surrounded by near constantly clamorous first-years, not familiar with the lucubration of third year that awaits them. It seemed like a recipe for claustrophobia, irritation and plummeting grades.

As a postgraduate new to Durham, my only viable option was to return to halls. I had spent the last two years of my undergraduate degree living with just four other people, a number that was about to multiply tenfold. When I was applying I became nostalgic for the loss of the “personal space” you get when living out. You can be far less considerate of other people, as by and large, if you go out for an evening, you’ll be out with your entire household and so waking people up is far less of an issue. I also had a particularly large room with a double bed, the luxury of which cannot be overstated. Although currently my room is perhaps larger than others, this is by pure chance and some fellow cohabiters have been placed in a situation where they can be in bed, at their desk and brushing their teeth over the sink all at once. Halls to me were seen as a crucial element of first year that was undeniably enjoyable, but simply served a purpose and were best left reserved for those that saw achieving 40% in an essay only as a distraction from trolling for skirt in Klute.

But let’s backtrack a second. I am by no means suggesting that living in a house is all roses. The whole selection process itself is inherently dangerous, given that you are generally required to decide who you’re going to live with for at least a year, less than a term into university. How well do you really know the people you’re signing a rental agreement with? How do you not know that one will drink so much that they will vomit on a plug socket and short out the whole house? How do you know that another might not subscribe to the generally accepted standards of hygiene and leave less-than-fresh condoms at the top of the kitchen bin? These things, although unpleasant, were tolerable. However, while it can be a little distasteful to live with idiots, I cannot emphasize enough how crucial it is that you do not, under any circumstances, live with an asshole.

I don’t want to go into great detail, but suffice it to say that this particular person was so unbearable that eviction was sought and more than a couple of profanities uttered. The problem with living in a house is that if you do find yourself in the unfortunate situation where you have acquired a housemate trickier than Winnie Mandela, there are few places to hide. You simply have to share a much smaller communal space and your rooms are invariably going to be well within earshot of each other. This is how “music wars” start of course, once rather cunningly solved by discovering the fuse box and therefore the ability to deprive an individual’s room of an electricity supply when they refused to be quiet. This being said, although this particular asshole had some especially afflicting habits, living in such close proximity with a small group of people is regularly going to allow the tensions to run high. The amount of disagreements based around washing up is simply unbelievable and a friend of mine once lost an eye in an argument over paying for toilet roll. Hot water, heating, gas and electricity all create bills that students are largely oblivious to in halls but are natural sources of conflict in impecunious self-sufficient student digs. Whoever has the bills in their name has drawn a seriously short straw and has to spend days chasing their friends for an often undisclosed amount which will invariably have some kind of shortfall.

All of this is eradicated back in halls, where you can turn your heating up full and sit writing essays in your pants in January, knowing that if you do get a little sweaty, you can have as many showers as you like because it is all pre paid. Although I can’t speak for the room-sharing contingent living in halls, often enough if you have an altercation with someone, you can each abscond to your respective dorms, with things like “music wars” and electricity dominion being largely controlled by the porters.

Halls living does lose a degree of “liberation” felt in your own house and with some exceptions, you will often create a tight-knit friendship based on nudity, alcohol and a mutual fear of having your secrets exposed by the others that you just don’t get anywhere else. Yes, halls are easier, cleaner and perfect if you’re new to a city, but for someone moving back in for their final year, it is in their security that they can perhaps lose their excitement.