Cold and miserable as it may ostensibly be, Autumn’s beauties are well worth staying up for

Was it really only a month ago that I was strolling around Durham in a short-sleeved Open Day Ambassador T-shirt without feeling any need for more substantial defence against the elements? I can hardly believe it when a quick check of my calendar proves that so little time has elapsed, because in the intervening period, Autumn has arrived and banished the last vestiges of summer warmth with extraordinary spite. At the drop of a hat, the short-sleeved T-shirts have had to be bundled away into moth-proof bags to sit out the impending winter at the bottom of my wardrobe, to be replaced by long sleeves and thick jumpers; likewise, out of summer storage has come the big winter duvet, usurping the role of the light counterpane that has sufficed on my bed at night for the past five months or so.
If the weather in general were more unpleasant, besides being merely chilly, I wouldn’t mind quite so much; however, the sudden and sharp drop in the temperature outside has not come accompanied by the kind of driving rain and brisk gusts of wind that characterise the fag-end of autumn in particular. Far from it – the sky outside as I write this is as clear and sunny as any day in high summer, and in high summer that would be an immediate signal to throw open the window and banish the muggy, stale air from the room. Now, though, the clear blue sky and bright sunshine is tauntingly deceptive; if I were to be mug enough to fall for such tantalisation, and open the window as though it were June or July or August, my face would be assaulted by a horrible icy nip – as indeed it is anyway on the multiple times per day that I have to open the back door for the dog’s benefit, or help to lug the weekly shopping in from the car. Unlike during wet, washout summers that we are so used to here in Britain, when I can just about evoke BJ Thomas’ Raindrops Keep Fallin’ On My Head with a hollow smile (“…so I just did me some talking with the sun, and I said I didn’t like the way he got things done, sleeping on the job…”), rather than sleeping on the job, the sun is positively gloating in its being present but virtually ineffectual, shining down in all its brightness while the chill air it so singularly fails to warm makes our eyes water and our noses run.
It’s not just the nippy air that now forces me to check for tissues in my pocket as habitually as I check for my car keys. The arrival of the colder months also herald rhinoviruses aplenty descending upon us, seemingly hell-bent on plaguing us to the point where we can no longer remember what it feels like to be able to breathe unimpeded through both nostrils at once, or to have a throat that doesn’t feel like it is lined with sandpaper and filled with loose gravel. Many freshers will (hopefully) be seeing off their first experience of freshers’ flu by now, but that is not in any way to imply that the lecture theatres of this university will be filled at any given time with people coughing, sniffling and spluttering their pathogens to all their classmates, ensuring that by moving on between different groups of a dozen-odd people, the same rotten cold will do the rounds throughout the whole university until at least Christmas.
And yet…it cannot be denied that Autumn can be a very beautiful season. Just ask anyone who know what Turner’s sky-scapes look like; if I was a betting person, I would bet any money that most, if not all of them were inspired by the stunning vistas that only ever seem to grace the sky in September. There’s also Van Morrison’s wonderful album, Back On Top, to extol the unique beauty of autumnal colours; at what other time of year than October can you witness such a contrast as an oak tree with yellowing leaves apparently glowing golden in the afternoon sun, juxtaposed against a sky so full of rain as to be jet-black? Never, that’s when. And the infrequency of such stunning landscapes only serves to make them all the more special; I never fail to be astonished by them whenever I am so treated, and I seldom fail, when I am not alone, to comment on the wonderful contrast of colours, and wish that I actually had a modicum of artistic talent to enable me to reproduce them for posterity. 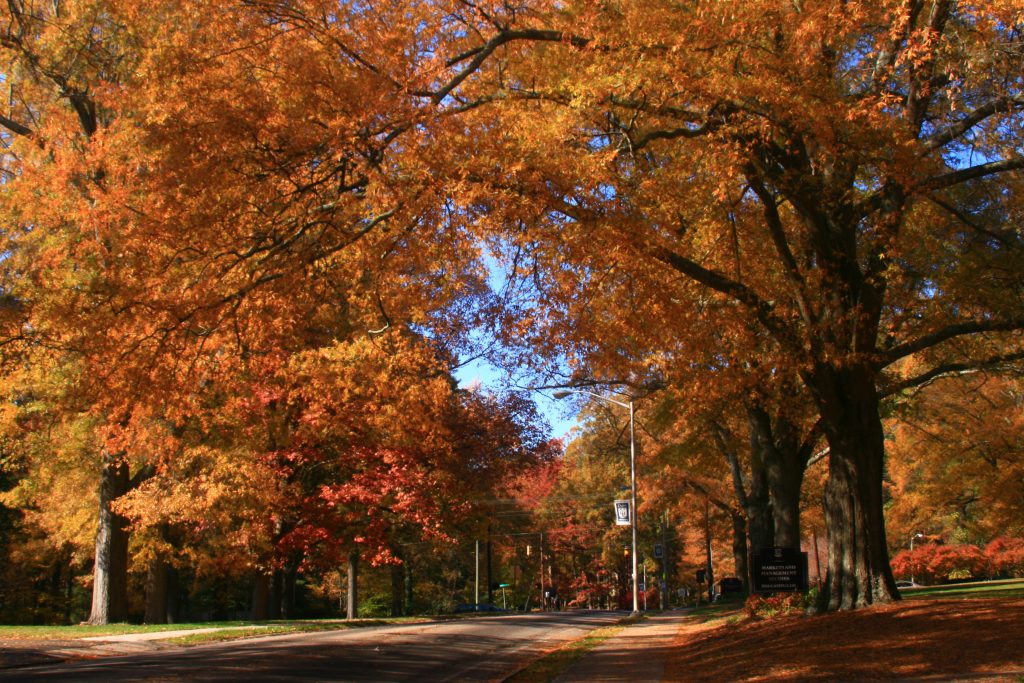 No doubt, some will be asking if the pleasures of such lovely landscapes and impressive sunsets are worth the cold, illness, changeable weather and back-to-the-grind blues that make up Autumn’s proverbial Four Horsemen. Misery-inducing as these niggles are, I reckon that they are well worth enduring for the sake of such wonderful autumnal vistas, for the simple reason that we are starved of the latter at all other times of year, whereas the former can be bothersome whenever they happen to feel like it. We are all familiar with the misery of returning to normal after Christmas; in some instances, it can feel worse than getting back into it after the summer holidays, due to the recent memories of festive jollity teasing us in the former case. Similarly, colds and flu are not limited to the fag-end of the year – we can (and often do) go down with them without even lip service being paid to the calendar, while the entire spring and summer can feel like one interminably long cold to hay fever-sufferers. And as for unsettled weather and low temperatures – this is Britain, for heaven’s sake. A country where we are so used to disappointing, rain-lashed summers that an uninterrupted week or fortnight of sunshine and warmth is a news story, and the conditions that allowed me to dispense with a jacket over my Open Day Ambassador T-shirt are so rarely heard of as late as late September, that they are spoken of in tones of awe, and disbelief that it actually happened. It’s undeniable that Autumn drags sources of irritation along in its wake, but quite often those sources are merely a baton thrown down by the receding season, and it is a baton well worth carrying if it allows us to be treated to such awe-inspiringly gorgeous natural scenes.