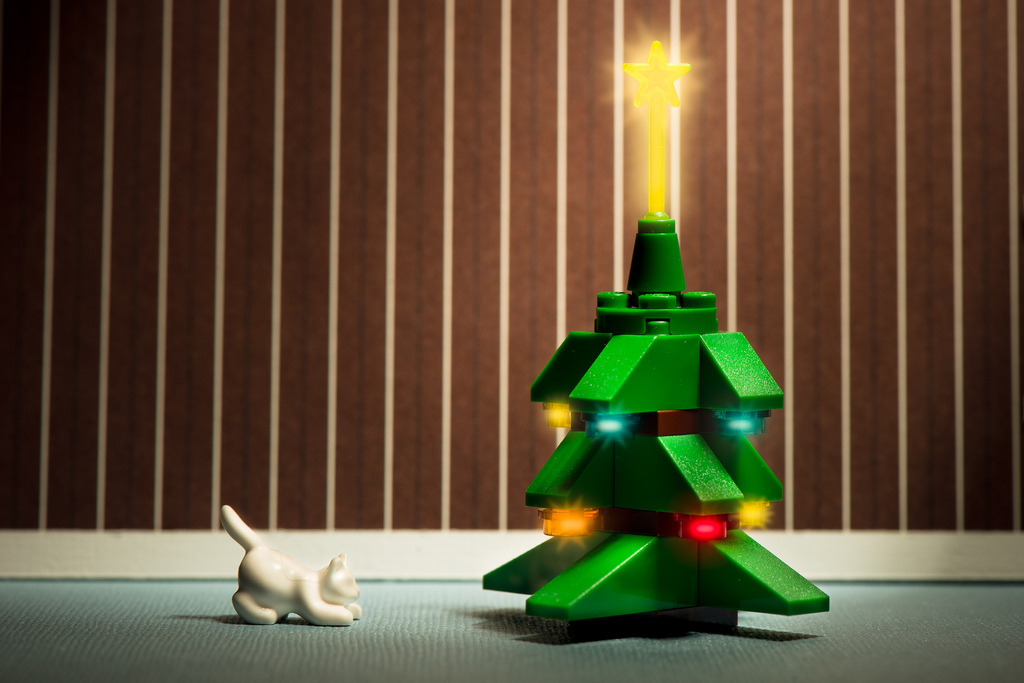 I wouldn’t consider myself a Scrooge at Christmas. Although I strongly believed in the ‘no-Christmas-songs-until-December-1st’ rule we implemented in our student house, it was more because attempting to begin festive frivolities in November seems to wear me down by the time December 25th comes around. And although our Christmas decorations couldn’t stretch further than some Poundland tinsel, Poundland lights and a Poundland pop-up Christmas tree I still believe we made more of an effort than Stockton’s “upside down ice-cream cone”. After being branded “the worst in Britain”, and described by one of my housemates as “ridiculous” it was clear from the messages on Facebook to Stockton council that they clearly wanted better.

Whilst in Clacton, the “Christmas twig”: a 12ft tree with less green than the average student’s kitchen was deemed “not man enough” for the Essex town. I suppose that’s typical Essex; if it had been orange and with a vajazzle no one would have complained. Since when did a Christmas tree have to be “manly” anyway? It traditionally has a fairy on the top and is adorned with tinsel and flashing lights. Not exactly the epitome of a stereotypical man.

The respective councils have surprisingly responded in different ways. A spokesman for Stockton Council said: “This year we have a cone-shaped feature rather than a tree. Some people are not happy about it.” A slight understatement there. But Stockton Council also state that a “multi-million pound redevelopment of the high street” is currently occurring and uses this as the excuse for the lack of extravagant decorations. Meanwhile, in Clacton the spindly tree was donated to charity and replaced with a new tree twice the size and evidently more masculine. Council leader Peter Halliday proclaimed “Christmas is truly back on in style” and in true macho manner it was decked with tools, beer and guns (that last part might not be factually correct!).

Now, as a student, it’s very easy for me to relate to councils when they say that there isn’t money for Christmas decorations. Canterbury decided this year to not bother with lights if they were going to be sub-standard, as there was “simply no cash to invest in new displays” claimed John Gilbey, leader of the city council. But I feel this is definitely the wrong direction for councils to head in. I understand that it must be difficult to compete with last year’s decorations and to improve year on year would easily drain the bank balance, but personally I would prefer a few strings of Christmas lights twinkling overhead for a month, rather than the cold emptiness all too reminiscent of Ebenezer’s London. I only have to look to a certain housemate of mine to see how Christmas pans out when you don’t participate in the merriment and gift-giving. A tight penny-pincher, with a strong belief in making Christmas presents rather than spending his cash, I’m just happy he wasn’t responsible for Durham’s Christmas lights, as they would probably have to be turned off if no one was looking at them to save money.

Personally, I believe a lack of funds is a poor excuse for no Christmas trimmings. After last year’s debacle at Herne Bay, Kent, I can understand why councils would be wary of putting up half-attempts at Christmas lights. If you’re unfamiliar with the story, last year the crowd booed when the lights were switched on, with one local businesswoman saying “People are dragging children around, they want something pretty to look at. There’s nothing here”, which unfortunately leaves me with no empathy for the people of Herne Bay instead I’m wondering why they seem to haul their offspring around the town, possibly by the ankles, in some sort of weird town tradition. But this aside, I would like to believe that people would be more accommodating at Christmas time and not become the new breed of ‘anti-Scrooge’: a person so passionate about Christmas that only the best will do and ‘humbug’ to anyone who doesn’t share their beliefs.

It’s not all doom and gloom though. The Guardian has a list of the best Christmas light displays in the UK, including some astounding efforts from Mousehole, Cornwall, which has sea serpents, whales and dolphins lighting up the harbour. They also include Standen, West Sussex with its Tchaikovsky’s Nutcracker garden allowing children to meet the Sugar Plum Fairy.

But at the end of the day, does the quality of your Christmas decorations matter? If you’ve opted to recreate the grand spectacle of Oxford Street in your front garden, or if you’ve got a Christmas tree that you had to assemble yourself from a packet, you’re celebrating Christmas either way. And maybe if your town can’t afford the display of last year, then perhaps you shouldn’t complain if they attempt their best. It is Christmas after all: joy, peace and goodwill to all men. Or something like that.