How Budget Airlines Could Improve the NHS

“I sometimes think that Thomas Cook should be numbered among the secular saints…” joked former Archbishop of Canterbury Robert Runcie. “He took travel from the privileged and gave it to the people.” And if cheap travel has replaced the Church of England as a national religion, so too has the National Health Service.

Yet whereas budget airlines and tour operators survive because of a clear, sustainable and profitable business model, the NHS continues to exist along the same lines once occupied by the church: being worshipped by the great and the good, with those who dare to venture that other options may be better denounced as heretics by an unthinking herd of group-minded sheep acting in blind faith, as happened to the non-believers and non-conformists of days gone by.

The principle that people should access the healthcare which they need, rather than what they can afford, is clear and uncontentious. But as with all socialist structures, the NHS is a failing political football, where the answer is always more money and whose defenders compare it to the equally unsuitable straw man of the United States, rather than the more effective systems seen elsewhere in Europe. 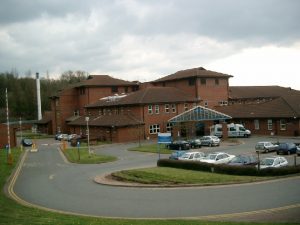 In the example above, Thomas Cook made travel more accessible and democratic by running an efficient business, not by providing a socialist leisure programme (during national ownership between 1948 and 1972, the company bearing his name lost market share when it was unable to compete against new, more innovative competitors). So how could the same principles, especially those of low-cost airlines, apply to make healthcare more democratic and accessible?

Start with price: budget airlines have allowed people with less money to travel, compared to the days when the flights themselves were a holiday for the richest in society. Accessibility is important in health and could further be promoted by linking contributions to income or by providing subsidies. But price competition and the need to make a profit mean that these companies don’t confiscate and squander their customers’ money in larger and larger amounts or rack up huge debts for future generations to pay off, whenever faced with a broken system or a winter crisis.

But whilst low prices mean cutting out frills, it does not stop the pursuit of quality in the core business. The low turn-around time for aircraft provides a greater incentive for punctuality, whilst these airlines invest regularly in new aircraft to reduce the ongoing costs of maintenance. Imagine a health service committed to new technology, modern hospitals, lower waiting times and innovation in this way. Likewise, safety is not compromised, with budget airlines still having to comply with the strictest legal standards and facing severe penalties if they endanger those on board.

A rugged pursuit of efficiency is another hallmark of Ryanair and easyJet. Their pricing mechanisms aim to ensure each plane is full of passengers, rather than just transporting pressurised air from one country to another. This has both economic and environmental benefits. The creation of a seven-day-a-week health service would be more viable if it benefitted from a similar smoothing-out of demand for services over time. The airlines also charge token amounts of money for certain services aimed at changing our behaviour, rather than our bank balance. The fee for a checked bag? It reduces the time planes spend on the ground not making money. Ryanair’s proposals to charge customers to go to the loo? That would have reduced the demand for toilets and enabled them to put in more seats. Applying these principles to the NHS, a token charge for a GP appointment (discounted or capped for people with ongoing conditions or on low incomes) would eliminate the £1 billion and counting lost to missed or needless appointments each year, whilst raising an additional sum for front-line services.

Importantly, this being a market, people are faced with choices: where and when to fly, whether to opt for a degree of flexibility and optional add-ons, all the while knowing what the trade-offs are, giving people the ability to get a service which best fits their needs, compared to the one-size-fits-all rationing which takes place in the NHS. And at the end of a flight, the elderly are moved on to one of those electric carts, rather than left to make their own way through customs or staying in their seats, just as appropriate long-term social care should be sourced to prevent bed blocking.

One of the best features of flying is that if things go wrong, you can claim compensation because the airline’s side of the bargain is not fulfilled. On the other hand, if the NHS misses its waiting time target or cancels an operation, the best you can do is write to your MP; what you get for the taxes you pay is not clearly defined. Furthermore, taking healthcare out of politics would better serve its staff, preventing one politician from being able to set pay and conditions across the country.

We are probably a long way from the toxic politics of majorly reforming healthcare in this country, which is like it has been frozen in time since the 1940s. Yet better outcomes, greater patient satisfaction and better bang-for-your-buck could be the result.