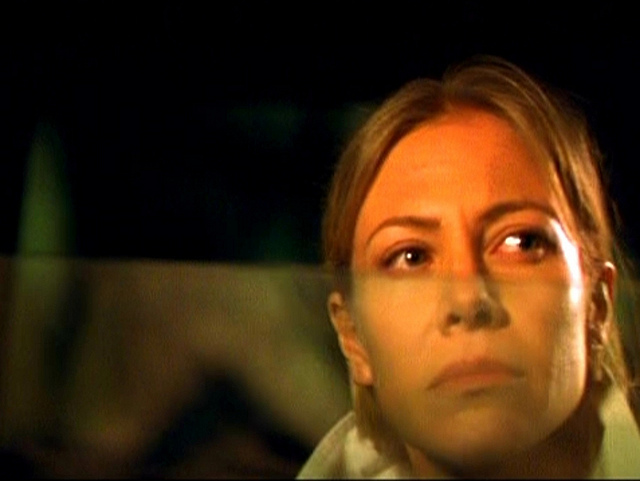 Cecilia Roth as ‘Manuela’, in the Oscar-winning ‘All About My Mother’

When it comes to Spanish cinema, Pedro Almodóvar is one of the biggest names and the most prolific directors. He was heavily involved in the growing alternative cultural scene in Madrid in the late 1970s (known as The Madrilenian scene) that followed the death of Franco in 1975, with its focus on freedom of expression, drug experimentation and nightlife. The period after Franco’s death saw a slow and often-fraught transition towards a liberal democracy and we can see this rejection of Franco-era repressive values reflected in many of Almodóvar’s films. Though they had been challenged increasingly in the 1960s, the dominant accepted social values in Spain had been conservative; traditional gender and family relations were advocated, state censorship operated heavily on sexual materials, and homosexuals were often persecuted. Though there was by no means a complete turnaround, the 1970s saw increasing liberalism. State censorship was lessened on magazines and films, including for reasons of sexual material. After 1975 many criminal laws against homosexuality were lifted, and a gay nightlife developed in large cities. Drug use spread and the sale of contraception was no longer banned from 1978. Women started to increasingly enter the workforce and universities, and the set of laws known as permiso marital (which prevented wives from employment, owning property and even some forms of travel without permission from their husbands) was abolished in 1975. By the late 1970s, Almodóvar was experimenting mostly with silent, short films, with highly sexualised plots (if the name of his first full-length film Fuck Me, Fuck Me, Fuck Me, Tim (1978) wasn’t a clue).

Almodóvar films tend to focus on those members of society and themes which had been marginalised before. His films often have a female main character and focus on the relationships and solidarity between women. He moves against the image of the perfect mother and wife, criticising patriarchal attitudes and contrasting the miserable housewife who suffers from a lack of freedom (What Have I Done to Deserve This?) with his stronger, empowered female characters. He is openly gay himself, and his films are populated by a variety of LGBT characters and themes, not treated as tangential or as a subculture, but as the main focus of the plot.

Many of his films feel like you are watching a soap opera; the plots take strange and unbelievable directions, the characters are all eccentric and the style is camp. The jokes are provocative, and after his passion for highly sexual films did not fade as time went on. In the movement away from Franco’s Catholic Spain, Almodóvar never shied away from presenting Church members in a negative, satirical light (Dark Habits, Bad Education). Almodóvar has never been scared to explore complicated relationship, dark desires or serious contemporary issues within his films. His characters are often broken and struggling with their own demons, which contrasts to the often parodic, light-hearted humour and the whirlwind of colour that characterises his cinematography. Yet regardless of their difficulties, and Almodóvar’s unwillingness to give unqualified happy endings, we are often given a sense of resolution; the characters do not avoid pain, but they ultimately learn to embrace life in their own ways, and are better for it.

The amazing thing about an Almodóvar film is the way that you can see them as ‘feel-good’ films, despite the darkness of the plot. Early on in the film, the main character Manuela loses her seventeen year old son on his birthday, a tragedy that will colour all her actions from then on. The film fully explores the problems of the AIDS crisis, drug addiction and the ways that people hurt each other, yet it manages never to be overly morose. The twist and turns of plot are pure melodrama; cases of unidentified fathers, dramatic deaths and tragic illnesses abound. But the relationships between the various women who come to rely on one another feel genuine, and when Manuela finds a new child to take care of, there is a feeling that she has grown wiser since the film began; she is still a mother, but with a new understanding of what constitutes a family and what it costs to be oneself.

The plot follows the relationship of two men who meet in a hospital, and their relationships with the comatose women who they are there to see. They are both in some ways searching for both real and false women; the images of the women in their minds and the devotion they give to those images is explored as we come to understand that there is a difference between obsession and the devotion that comes of truly understanding someone. Once more, no one is a saint, and Almodóvar skillfully manages to present a sex-offender in a way that, while not absolving him of blame, allows us to understand him, in the same way that Marco does, both repelled and accepting. The boundaries of what counts as love begin to blur, but we are left hopeful for the few fragile lives that have survived the ordeal.