Bourbon and Barbecue in Austin, Texas 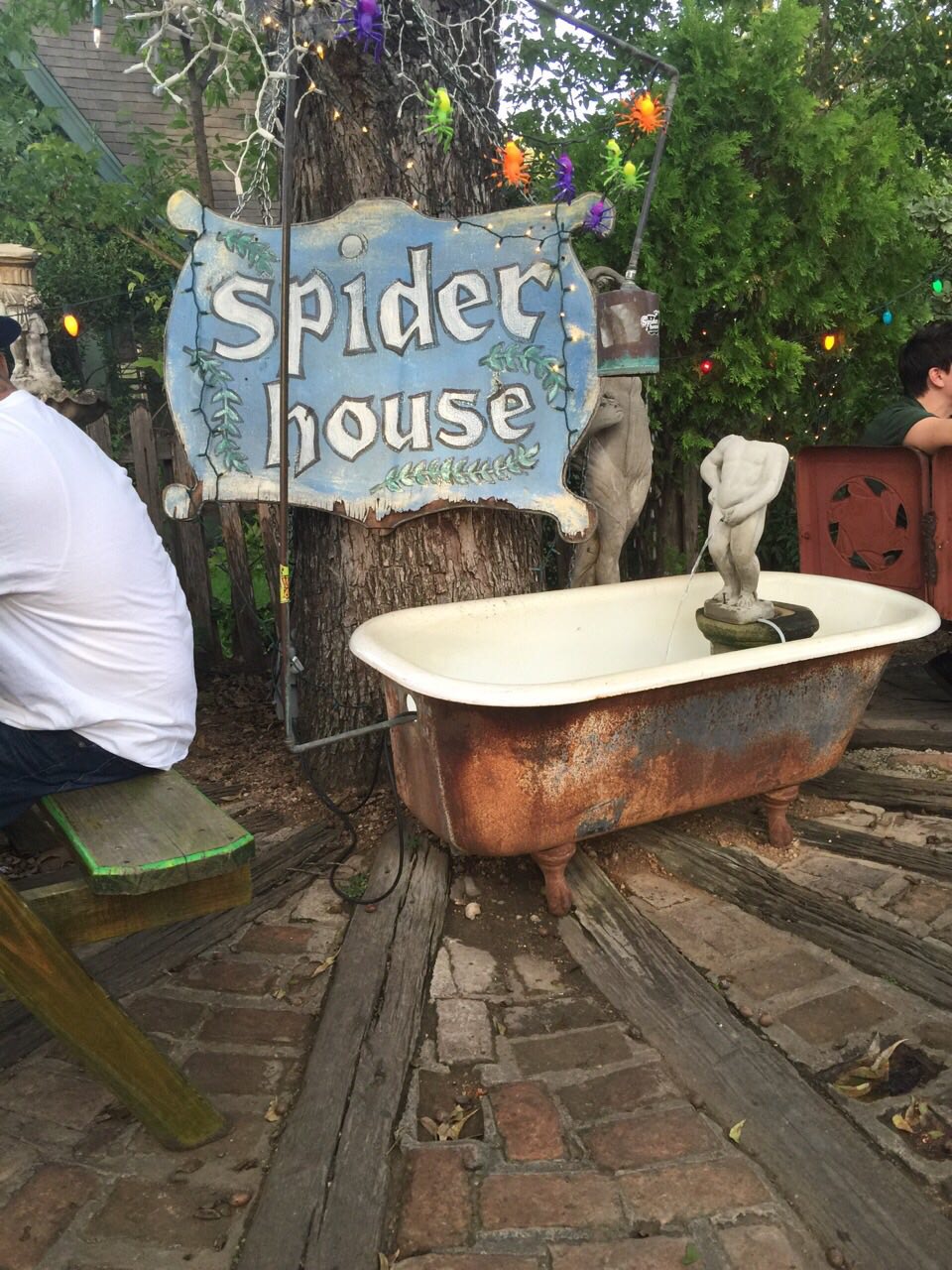 Austin is huge. As a Durham student, or rather as a UK resident, it feels a lot like being a country boy arriving in the big city, except in this case the UK is the country and America is the big city. Austin is filled with streets wide enough to comfortably fit the giant trucks, SUV’s and muscle cars that fill the city and are warned in every parking lot by signs that they will be towed if they are not in exactly the right spot at the right time. This had happened to a French lady who is in the hotel lobby when I check in, and she’s really pissed about it.

The first night it’s already late when I arrive, and the only cultural reconnaissance I’m really up for is US TV. There’s immediately bright graphics sparking across the screen and the production is so slick they’re as dazzling and soothing as a good popcorn movie. The channel is called The Blaze, apparently ‘Truth Lives Here’. The man on screen, who I soon learn is called Glenn Beck, looks like a dad trying to dress cool. He tells me at once that I am building this network. Not the general second person plural you, but me, watching, in my untouched hotel room with my unpacked bags. I’m a little disturbed about getting roped into a corporate project the moment I’ve arrived in the US, but Glenn seems like a nice enough guy, pronouncing every word with earnest importance.

This week, it turns out, is the week of Glenn’s big reveal. He builds to it every night, then spends another ten minutes tearfully building up to it on the night of the show itself. ‘He’s gay,’ I immediately think, but it turns out Glenn, for reasons that aren’t entirely clear, had some kind of agonising brain disease for the last few years. But, also for reasons that aren’t entirely clear, he’s fine now. Glenn tends to be like this. He rattles off the words ‘hope’ and ‘truth’ and ‘faith’ and ‘love’ and ‘pivot points’ a lot and afterwards I can’t remember a single thing he was talking about. After a few nights of being hypnotised by The Blaze I never want to watch it again.

There was another problem for the first few days. People warned me about jet lag with the six hour time difference I would go through, but what they should have warned me about was the invisible man who would slam a bag of bricks over my head wherever I was at 8pm CST. If you ever make the trip, be warned, he will find you, and he’ll follow you back to the UK for a while too.

Hypnotic TV and catatonic sleep-inducing assault aside, the reason I was in Austin was the Harry Ransom Center. This is an archive of the University of Texas (UT) that holds thousands and thousands of documents, including those of novelist David Foster Wallace, the subject of my master’s thesis. To drive home how huge things are in Austin, UT’s campus has the appearance of palatial grounds and makes Warwick look like a commune some cultists have inexpertly put together. It’s kind of amazing you can get your hands on original letters here and you get irrationally worried about whether you might sneeze on them at any moment.

Say hello to my little friend…

In between sessions of ploughing through as many boxes of papers as possible, my other mission was to find the best barbecue Austin had to offer. After the explosion of pulled pork in the UK I was ready for the real deal, and the first stop was Ruby’s. The setting looked authentic enough, a roadside joint famous for only using hormone-free beef, but while the brisket served on white butcher paper hit all the right notes, the flavour was pretty muted. The search went on.

Austin also ruined me for going to the cinema. The famous Alamo Drafthouse chain in Austin differs from most of its competitors in being run by people who give two shits about films. They put together a pre-reel for every film out of cool, relevant archive footage and remind you three times not to talk or text during the movie or you’ll be thrown out (and they do enforce this). You can also order drinks and snacks direct to your seat by writing on an order card. Not just popcorn and Pepsi, but proper food and craft beers. The Austin Amber Ale (not the most adventurous choice I know) is gorgeous. Overpriced tickets and snacks with staff who barely know how to run the projector and people talking and kicking your chair through the whole film will never be as tolerable again.

Highlight number two for barbecue was Lambert’s, a much fancier, and expensive, place than Ruby’s. Wild boar ribs this time, with a mountain of pulled pork to follow. Despite the higher price though, Lambert’s has the same problem as Ruby’s; everything’s great but that explosion of flavour still isn’t there.

Throughout the city you keep seeing the tagline ‘Keep Austin Weird’. As a tourist whose sole local guide was Google, I can’t really claim to have seen the real city, but I at least glimpsed a bit. A skater kid who had come to visit his girlfriend from Dallas and I ran into a merry band of three homeless guys offering jokes for money. One had a badge in his hat claiming he loved pussy. The kid enquired whether he really loved pussy and upon confirmation the two affirmed a mutual adoration for pussy. That was weird I guess.

Less weird than worrying was the cracking sound coming from a group of kids at a bus stop, who it turned out were playing with a taser. I didn’t actually see many weapons or guns in Austin, but it only took two signatures to get my hands on one at a range, as well as a bus ride and hike along the freeway. After five minutes of my head involuntarily jerking back at every shot and the literal explosions happening in my hands, guns were surprisingly, scarily easy to use. Handguns are a little trickier to hit a bull’s-eye with, while an AK rifle is nothing short of a death machine, just point where you want the death to happen. Shotguns hurt a little to shoot, but judging by the shreds it tears out of a target it hurts a lot more to be on the other end.

The third and final highlight for barbecue was Blue Ox Bbq. This was my last night. It only took a short walk, but it’s limb-shakingly cold in Austin now. It turns out winter even comes to Texas (most residents are wearing arctic weather gear) and all I want to do is get inside, except it turns out the Blue Ox is a food truck.

Luckily, there’s a tiny bar next to it and I shuffle in for refuge. There’s no messing around with measures here, order a bourbon and they just pour what has to be at least a triple into your glass. Great value for money, but very dangerous when bar-hopping. They give me a cute ‘of drinking age’ bracelet too as I steel myself to head back out there.

A bonfire near the truck is barely doing anything for the cold, which the truck chef has two screens to protect himself from. I choose brisket and take the polystyrene box to shiver by the fire. Within seconds, I’m cramming long strips of tender meat onto my fork as fast as I can. Perfect texture and bite with that long missing kick of smoky barbecue flavour. I hold out in the cold to finish another box then scuttle back inside for a bourbon to wash it down. Here, on the last night, in the freezing cold, I finally find by happy accident the Texas barbecue and bourbon I was looking for. Not too bad I think, for a tourist.