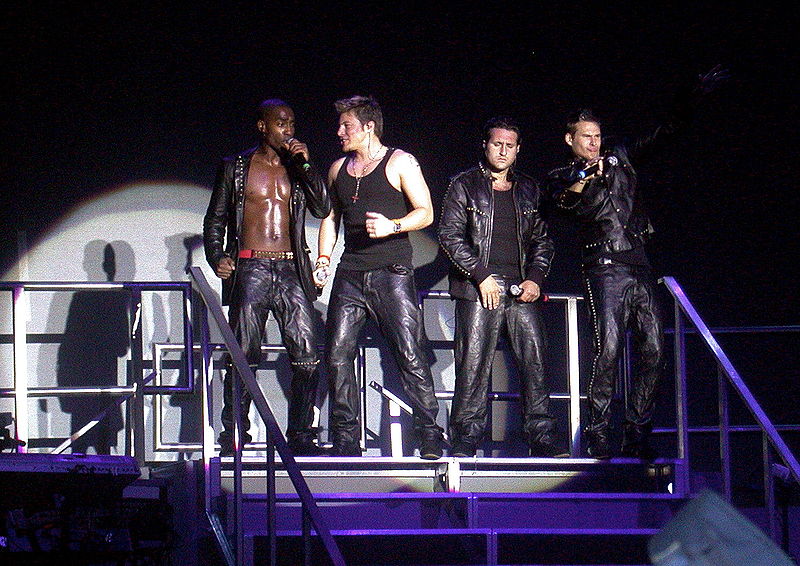 Given those oufits, maybe they suit the Eurovision…

I should start with a confession. I’m sure you have mental images of me as the highly refined, serious intellectual who slaves to entertain the masses with her astute and serious observations. Alas, these are illusions of which I must rob you. Ladies and gentlemen, I love the Eurovision Song Contest.

It might be the cheesiest, tackiest, and generally most pathetic arena in which our great nation has ever allowed, and in fact paid for, its own humiliation. It may be the site of some of the most disturbing and confusing scenes you’ll ever witness. It is certainly the most ludicrous way the people of Europe have devised to tell Britain that it has no friends (except for Ireland, and sometimes Cyprus or Portugal if we’re lucky) and reinforce trade links between neighbouring countries. But for all that, it’s obscenely entertaining, and those who watch every year admit it with a mixture of pride and shame.

As a nation, though, we approach the Eurovision with the most cynical of attitudes, chiefly because we always know that we will lose. Britain being isolated from Europe in both geographic and figurative terms, we have nobody to give us those all-important points out of a sense of regional camaraderie (which is why so many obscure Baltic and Balkan countries have done well in recent years). Less important, but more easily changed, is the fact that we keep entering diabolical songs. Last year’s entry was written by Pete Waterman – a man who hasn’t been cool since the late 1980s when he worked with Kylie Minogue – though before that, Andrew Lloyd Webber had written a ballad that came fifth. The woman who sang said ballad is now a Sugababe. Everyone lost.

Luckily, however, it seems our Eurovision despair may well be coming to an end. We have an entry for this year. The news that made my week: the United Kingdom’s Eurovision 2011 entry is entitled “I Can”, and it’s by a little boy band called Blue. Yes, Blue. Just in case you haven’t had your fill of reformed boy bands in the past few years, the early 2000s group consisting of Duncan James, Lee Ryan, Antony Costa and Simon Webbe, who reunited in 2009, intend to stage a comeback with the performance of the song, penned by Duncan and Lee (the blonde ones), in Dusseldorf in May.

BBC One will be airing an hour-long documentary in April following the band recording and promoting the single, as well as getting advice from fellow musicians (who I desperately hope will include these former Eurovision winners), as part of the run-up to the contest.

Head of entertainment and events Katie Taylor said of the announcement “We’re enormously pleased to have found an act that not only meets but exceeds all the criteria for a great entry… Blue are the perfect choice”. Duncan claims that this will be “a great way to mark the occasion” of their tenth year together, while Simon has said that he has “always wanted to represent my country, so this is a truly exciting experience for Blue”.

They do have a better resume than most entrants – 13 million album sales, three number one singles, and insanely catchy tunes like All Rise, Fly By, and One Love, all of which could stand us in very good stead come May 14th. That said, they are also responsible for some pretty terrible covers; they even managed to enlist both Elton John and Stevie Wonder to help them mutilate “Sorry Seems To Be The Hardest Word” and “Signed, Sealed, Delivered” respectively. Either way, though, Britain at least is in the grip of a mania for returning old-school boy bands; if Europe shares this nostalgic sentiment then we could be on to a – well, not a winner, but maybe a little less of a loser.

Still, it does beg the question of how successful this comeback will be. Entry into the Eurovision is widely acknowledged as career suicide – the vast majority of UK entrants are neither seen nor heard from again. Former Blue manager Daniel Glatman has described the decision as “reckless insanity”, insisting that “they will have to win. Anything less and their reputation would be in tatters”. I disagree – Blue are a cheesy boy band whose fan base now regard them with nostalgia rather than genuine adulation, and since nobody ever expects a UK entrant to win, they have little to lose if they don’t win. If anything, the damage will come from the stigma of being a Eurovision contestant, which basically means that they will never be taken seriously again. Still, they’re Blue. Who would take them seriously anyway?

Maybe it will just add to the cheesy kitsch we associate with reformed boy bands like them. Take That may have managed to break out of that category, but they did so by producing some genuinely brilliant new music – and coming from someone who would rather listen to Led Zeppelin or Nirvana, that’s saying something. Maybe Blue can do the same. Either way, we’ll find out along with the rest of Europe on May 14th.