Baby Gaga and the Yummy Mummy 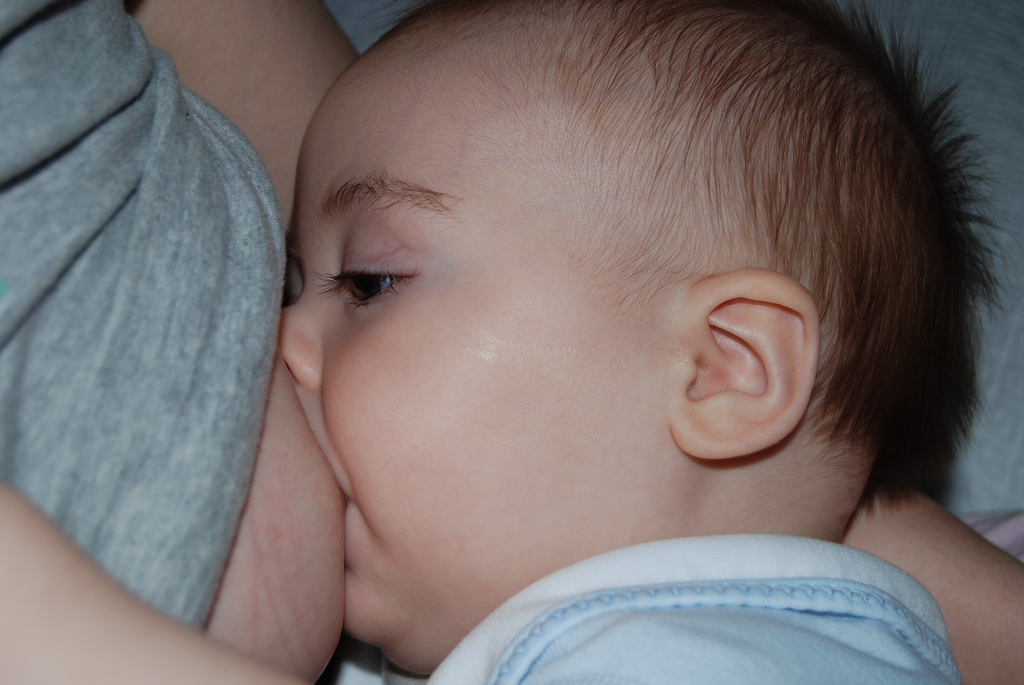 He was sure he ordered a 99 with a Flake…

What’s the weirdest thing you’ve ever eaten? There must be as many answers to that question as there are people. When it comes to food, , but for all the impressive variety you’ll find here, I guarantee that there’s at least one thing that at some point all of us will have lived on. And no, I’m not referring to the classic student (read: my) dependence on pasta as a staple diet. I mean milk. Breast, bottle or both, it’s the universal source of nutrition for every infant around the world.

But the thing is, it’s also the one thing we tend to leave in infancy. Once we move on to solid food and eventually discover the variety of tea and biscuits available to us, we don’t ever imagine going back. Like Yorkies aren’t for girls and knitting is for your grandmother, breast milk is just for babies, right?

Well, not everyone seems to think so. In fact, until yesterday (March 1st) when it was confiscated by the local council, a London restaurant was charging £14 for a serving of Baby Gaga ice cream – and yes, it’s made from breast milk.

Baby Gaga, which came with a rusk and an optional shot of Calpol or Bonjela (and I’d hope so for £14), was available for about a week from Icecreamists in Covent Garden until complaints from two customers and concerns raised by the Food Standards Agency and Health Protection Agency led Westminster Council to remove it until it can be confirmed as fit for human consumption. Icecreamist founder Matt O’Connor insists that the donor is medically screened and the mixture pasteurised prior to being churned with Madagascan vanilla pods and lemon zest, and described the response as “amazing”: several women have come forward and offered to donate milk, in addition to the sole original donor.

London mother Victoria Hiley, who was paid £15 for every 10 ounces of milk donated, has undergone all the same screening procedures as are used on blood donations, and has no qualms about her new sideline; as she told the BBC, “What’s the harm in using my assets for a bit of extra cash? I teach women how to get started on breastfeeding their babies. There’s very little support for women and every little helps.”

Let’s be honest. We all remember pretending to be ill so we could have that spoonful of Calpol. If, like myself, your mother never believed you because you were such a terrible actress, it was one of those things that made being ill occasionally that little bit better. If, however, you have no idea what I’m talking about, you should try some so that you don’t think I’m stuck on some form of Freudian fixation. What’s more, most mothers will freely admit to buying rusks for their own consumption as well as their child’s. But breast milk?

O’Connor insists that “if it’s good enough for our children then it’s good enough for us… it’s pure organic, free range and totally natural”. It’s also ridiculously nutritious – after all, it keeps babies going through the most rapid and crucial stages of their development – and there’s no arguing with the fact that almost everyone will have already tried it. Hiley even suggests that, if more people were alerted to how good the milk tastes, more women will be encouraged to attempt breastfeeding. All of the above is well and good, but for many of us, I think it’s fair to say it would be difficult to get past that immediate reaction of “urgh!” “yuk!” or whatever sound of revulsion takes your fancy. Humans move on to alternative food sources as they grow for a reason; and isn’t it instinct that we should find imbibing liquid taken from a random woman’s body just a bit disquieting? When I think about it, there are no logical grounds for objection, but my gut reaction is to cringe.

Still, with the ice cream doing the rounds of food safety screening at the time of writing, perhaps upon its return many people will be less squeamish than I. In the meantime, I’ll go for the single shot of Calpol.