B is for Blind 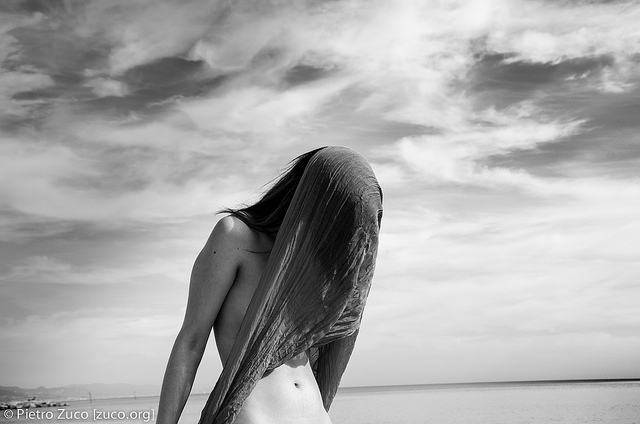 unable to see; lacking the sense of sight; sightless

One of my biggest fears when I was little was that I would, one day, turn blind.

The fear wasn’t extremely far-fetched, as I had very bad eyesight when I was younger, and the world seemed to get blurrier every year. Before I had lens implanted in my eyes, I couldn’t see clearly without my glasses unless the object was right in front of my face. So the fear wasn’t exactly uncalled for. It was just very drastic. I was afraid that the world would become blurrier, that the boundaries would dissolve into one gigantic monstrosity of a painting, a painting that I would never be able to understand. A child’s imagination can be so funny and haunting that way. As for right now, to say that I’m not afraid of becoming blind would be a slight white lie. I had laser eye surgery, but I still somehow managed to get glasses again. I can see alright without them, but I do see better with them on. This was supposed to make my life better, but it does make me think more about my ability to see things—what if somehow the lenses go wrong and something bad happens, which leads my eyesight to deteriorate drastically? However, luckily, my eyesight isn’t getting too worse every year, it seems to have found a natural place to be in. But I do feel my heart flutter whenever I find myself in the dark, or when I suddenly feel that the world is getting blurry. Who wouldn’t? Becoming blind isn’t exactly something you want to go through?

Sometimes I think about the pros and cons of being either deaf or blind. It’s not particularly comforting, but my warped mind does lead me to such reasoning. Also I probably shouldn’t be thinking about things like these when I have the privilege of being able to both see and hear, but, again, daydreams lead you to weird places and you don’t really think about whether this is insensitive or not. I don’t know.

Not being able to see isn’t a welcoming prospect. To think that I won’t be able to see the faces of the people I love, to not be able to read, to not be able to acknowledge the beauty of the world around me is quite terrifying. Especially since one of my hobbies is going outside with a camera and taking nice photos. But if we think about it, we are blind in some ways. Like how some people are blind to other people’s faults, blind to the truth. Blind to the beauty that can be seen in our daily lives. Maybe becoming blind could make some people realize that kind of beauty, that kind of seeing. You don’t realize how good things are unless you lose them.

But then again, losing hearing is just as bad as losing sight. Maybe even more so. If you lose hearing, you cannot appreciate good music, the ticking sounds that the clocks
make, the scratch that pen makes on paper. There’d be nothing but your own thoughts trapped inside of your head. If you lost your sense of hearing after having known what sound was, the ghosts of sounds from the past would haunt you. Maybe it would drive you crazy. I don’t now.

But then I think about being blind. Not being able to see what may or may not be beautiful. Not seeing the yellowing pages of a well read, dog-eared book. Note seeing the people I love smile at me. Imagining all of that hurts.

That’s all I have to say about that.