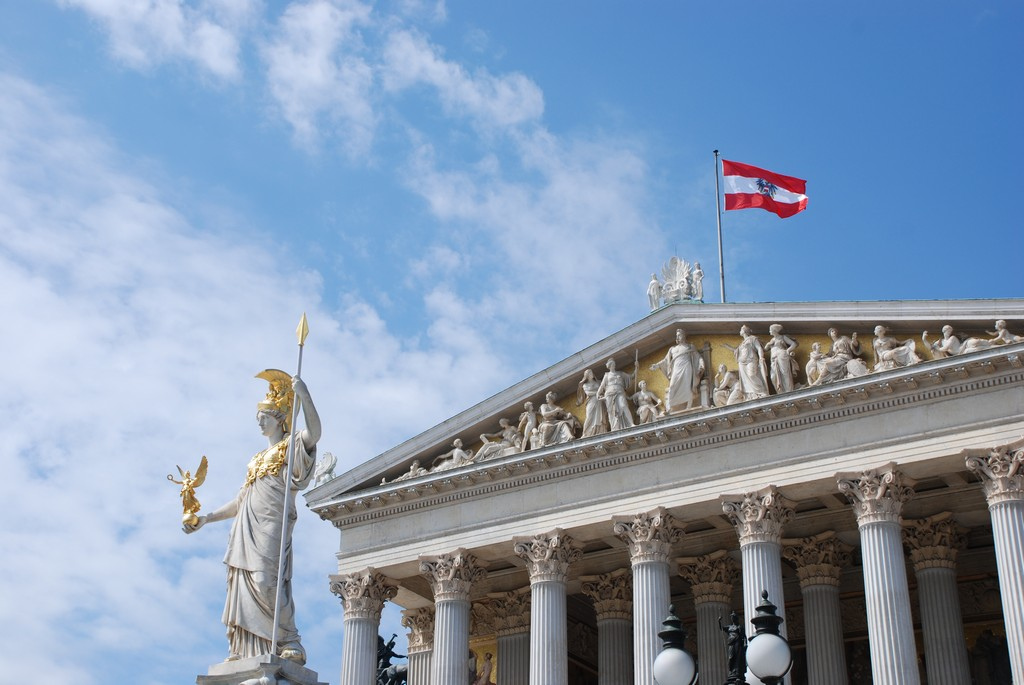 In the aftermath of Valentine’s Day, it seems appropriate to take a look at the very special relationship that exists between Germany and Austria. When we study German, the name of the language somewhat gives the game away. It’s very much Germany-focussed; we all know who the Federal Chancellor is – the masculine lady who I think looks a bit like a powerful hamster – and other details such as the flag colours… Unfortunately, however, none of this counts when you move to a lesser known German-speaking land. When a job in Austria dropped out of the sky, I was very excited – going to a country I knew virtually nothing about (this really isn’t an exaggeration; it was only in sixth form when we studied “Measure for Measure” that I twigged Vienna as the capital city) would be a step into the unknown. Suddenly, speaking German meant snowy mountains, ball dresses, decadent cakes!

This was all until I realised, a couple of weeks into my time here that it takes some effort to replicate the specific knowledge of a country that gets drilled into you through endless dossier articles, listening exercises and forced group discussions. I know it’s a lovely philosophy, that just being somewhere and soaking up the culture is the best way to acquire knowledge about a place, but in reality you just end up eating pastries or drinking too much Schnapps. I’ve made progress since then, and have definitely become well acquainted with Austria’s wonderful cuisine and social customs, but live in fear of any kind of conversation remotely referencing Austrian politics.

Having been conditioned to associate German with Germany, awkward situations with Austrians often arise. If you think of how a Scot might feel if you referred to them as “English”, you will get a good idea of how the Austrians react when you accidentally call them “German”. This is even becoming a sore point for me, as my friends back in England often ask how I’m getting on in Germany. I live with Germans and work with Austrians and have therefore gained a decent overview of this little intercultural friendship (or lack thereof). Germans have few problems with the Austrians and often move here because job prospects are better and it is easier to get into university. Linguistic differences can, however, cause controversy as alternate vocabulary is a hazard. Germans berate me for my use of “Jänner” rather than “Januar”, “Semmel” rather than “Brötchen” (bread roll), but I defend myself in the belief that it would be a shame to live in a certain place for a year and not end up speaking like the natives.

The Austrians, however, have – to paraphrase my German friends – an inferiority complex, which surprisingly enough has both positive and negative consequences. An advantage of this is that the nation has an incredibly strong awareness of its own culture, manifested in food, festivities and fashion; they are always up for celebrating and it is not surprising to see men, women and children in Dirndls and Lederhosen on the streets. As a newcomer, such strong traditions do not seem exclusive, yet it is harrowing to discover that Austria’s “Freiheitspartei”, an extreme right wing political party, is gaining popularity at an alarming rate. The Hapsburgs once ruled the Austro-Hungarian Empire and there is a distinct portion of society that would like to see Austria with such a grip on Europe once more.

There is one particular person, however, who causes great controversy on both sides of the German-Austrian divide. When visiting Germany, it is almost impossible to escape reminders of their tragic twentieth century history and the man behind it. Berlin is overrun with memorials and museums pertaining to the World Wars and events thereafter. In a conversation with my boss on November 11th (which coincidentally marks the opening of one of Austria’s national festivals) I was informed that Germany tends to ignore its culture before 1914, as “everything was seen as leading up to Hitler”. Austrian culture is, however, the complete opposite. Germans often complain that Hitler was an Austrian, and that Austria was all too keen to get behind him when he was in power, but that since then they pretend he never existed. Although this is a largely subjective claim, considerable evidence presents itself due to the relative absence of this significant chunk of Austrian history. Vienna is known for its opera, classical concerts and waltzes, whereas information about her more sinister history remain conspicuously absent.

Such tension between countries is clearly no good thing. However, an overwhelming benefit I have noticed during my stay in Austria is that traditions and cultural heritage are given much more importance. This is wonderful for foreign students such as myself, particularly as the English are rather popular at the moment, yet one does wonder how slightly less transient newcomers might feel.