Attractiveness: an equal concern for men and women? 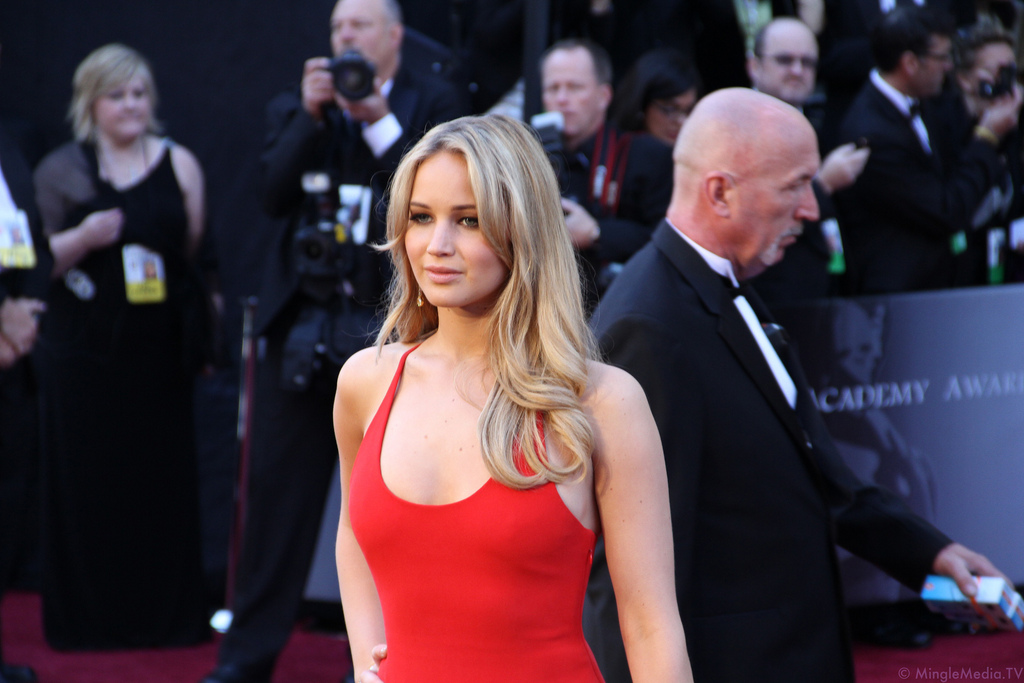 Even Jennifer Lawrence isn’t safe from the vitriol of the attractiveness police.

If you pay any attention to the media at all, you might have realized that we’re now smack dab in the middle of what is known as the awards season. It’s basically the few months where the majority of the annual music, movie, and television awards shows take place, culminating in the most prestigious awards show of the bunch, the Academy Awards. Throughout the season, celebrities are scrutinized for every single thing they do – their acceptance speech, the number of awards they’ve been nominated for, and the way they conduct themselves when they don’t win. But the single thing that is the most scrutinized, arguably, is their image. This affects the women of Hollywood more so than the men, when it seems that all the internet talks about the morning after an awards show is what dress she wore, how horrendous her hair looked, who had the most expensive jewellery, and more. Maybe it’s just me, but I don’t seem to see these criticisms aimed at men. And while I can see why that may be (because I do understand that suits and tuxedos may not make for great journalism), it perpetuates a system in which women are judged for their appearances.

Now I’d like to make a quick disclaimer, and say that I do consider myself a feminist, and this article may be a bit (okay, a lot) influenced by my opinions on society. But I also acknowledge that men struggle in the same society, but for the purposes of this article, I will focus on the impact of body image in the media on women.

The truth is, the majority of women in the world don’t actually look like female celebrities, yet we still compare ourselves to them. And yes, maybe nobody’s explicitly forcing us to make these comparisons, but we do it anyway. While it could be argued that this is a choice that women freely make, I’m arguing that this isn’t the case at all. Women “choose” to constantly compare themselves to what they see in the media because of the way society is constructed. Image is a social construct, and it is created by the society. It is a flexible concept, and this is easily seen by examining the differences in what is perceived as beauty in different times and places. For example, while it is considered beautiful to have tanned skin in many western cultures, in Asia, fair skin is held as the standard of beauty. An example of change through time that I’ve noticed is that when I was growing up, the women in the media that were deemed beautiful were extremely thin, whereas today, I can see a shift towards more of a lean, but not skinny, ideal body type. In short, beauty and body image is an extremely fickle concept, and there is no constant, universal idea of what exactly it is.

So that begs the question, why then, if beauty is not universally defined, do we care about it so much? The answer lies in the fact that we base a lot of our first impressions of people on their appearances, and in reality, it matters. Perhaps Samantha Brick’s infamous article on how women hate her because she’s beautiful is a little bit over-exaggerated, but there is some truth to it. A study at the University of Colorado Denver found that attractive women tended not to be hired for traditionally masculine jobs, though generally speaking, attractive men and women tended to enjoy privileges such as higher wages. Something particularly relevant to us as university students is that apparently, according to some studies, attractive people get more job interviews. If that wasn’t bad enough, the studies found that men tended to be less at a disadvantage than women if they weren’t attractive. Attractiveness isn’t something that can be defined, so these studies need to be taken with a grain of salt. But while attractiveness is relatively subjective, there is still a general social norm of what is and isn’t attractive, and this standard is, arguably, what we are judged against.

This is clearly something that needs to be changed, but how it should be done remains a mystery. How do you go about changing society? It’s a huge project, and it has yet to be picked up by anyone. Granted, it’s not exactly a one-man (or woman) job. I do think that it’s an issue that has been gradually gaining more attention in the media, and I believe that awareness is always the first step to the solution to any problem. This article, therefore, doesn’t serve as any real solution, but hopefully it raises at least a little bit of awareness. I personally don’t have an answer to the problem, and this is the only way in which I can contribute to the cause. If everyone contributes just a little bit, in any way they can, I believe that in the future, a solution to the issue can be found.