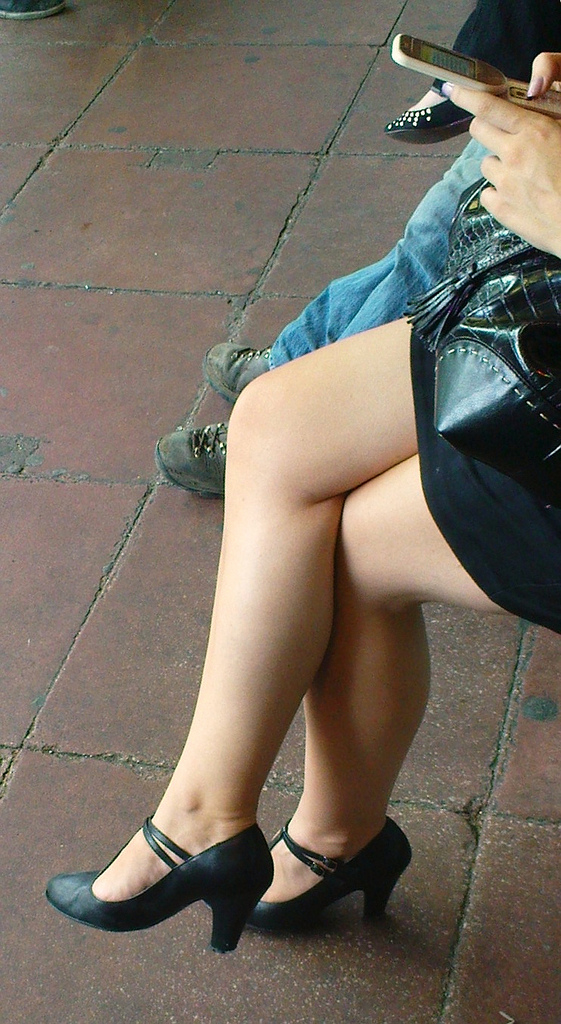 Miniskirts are to be banned in Castellammare di Stabia

In Britain, anti-social behaviour is the word on everybody’s lips. Whether you’re an elderly person raving for the return of national service, a young person wearing a hoodie and wondering why the security guards have such suspicious looks on their faces, or a politician pretending that you actually know what to do about the problem, the chances are that you’re somehow caught up in the national debate about how to deal with it. Still, it could be worse – you could live in Italy.

New powers handed down by Silvio Berlusconi’s government to combat what is deemed to be anti-social behaviour are being used in the seaside city of Castellammare di Stabia to ban revealing clothing, from miniskirts to low-cut jeans. Fantastically named mayor Luigi Bobbio claims that his policy is designed to “restore urban decorum and facilitate better civil co-existence”, enforcing what he perceives as standards of public decency across the city. Offenders could face fines between 25 and 500 euros.

This raises the question: exactly what is so anti-social about a miniskirt? If I can see what the wearer had for breakfast, chances are I’ll cringe on their behalf, but that’s just because it doesn’t look good. That said, I do appreciate that skimpy outfits may engender disapproval from certain people, but so does saying something they disagree with. They’re just different forms of expression, and just as the disapproval of others does not detract from your right to say something, nor does it detract from your right to wear something (even if you are Lady Gaga). And this is coming from someone who literally lives in jeans.

Issues of anti-social behaviour are apparently not the only ones behind this policy: a local parish priest has supported the plans, suggesting that they would also help fight the rise in sexual harassment. To think, here I was, “going all feminist” and thinking that was caused by outdated attitudes regarding the objectification of the opposite sex. Clearly, they all just need to stop turning their harassers on – and they say politics never solves anything.

Beyond this instance, though, there’s a deeper problem about the interpretation of the law. Across Italy other local authorities have used these powers to ban wooden clogs, feeding stray cats, kissing in cars, sandcastles and the use of lawnmowers at weekends, none of which exactly strike me as being anti-social. Granted, wearing wooden clogs in public will probably prevent people wanting to socialise with you, but surely the only authorities who need to worry are the fashion police? I know from experience that the noise of someone mowing the lawn outside almost perfectly blocks out the sound of Songs of Praise on a Sunday afternoon – that sort of kindness deserves a medal, not prosecution.

It seems to me that decisions are being taken which fit the specifics, but go against the whole spirit and intention of the law – unless, of course, you’re planning on hiding some sort of weapon under your bucket, or beating someone with your spade. Given Italy’s economic ills and numerous other problems, some authorities seem to have rather unusual priorities.

Banning revealing clothing is far from the worst thing authorities can do, but it does seem a rather unnecessary step in the fight against anti-social behaviour. Of course, the greatest irony is that the power to do so was handed down from Silvio Berlusconi, a man whose reputation suggests that he won’t be jumping for joy about it himself. In any case, we’ll soon find out how many people heed the ban – the fines can always go towards repairing the economy…