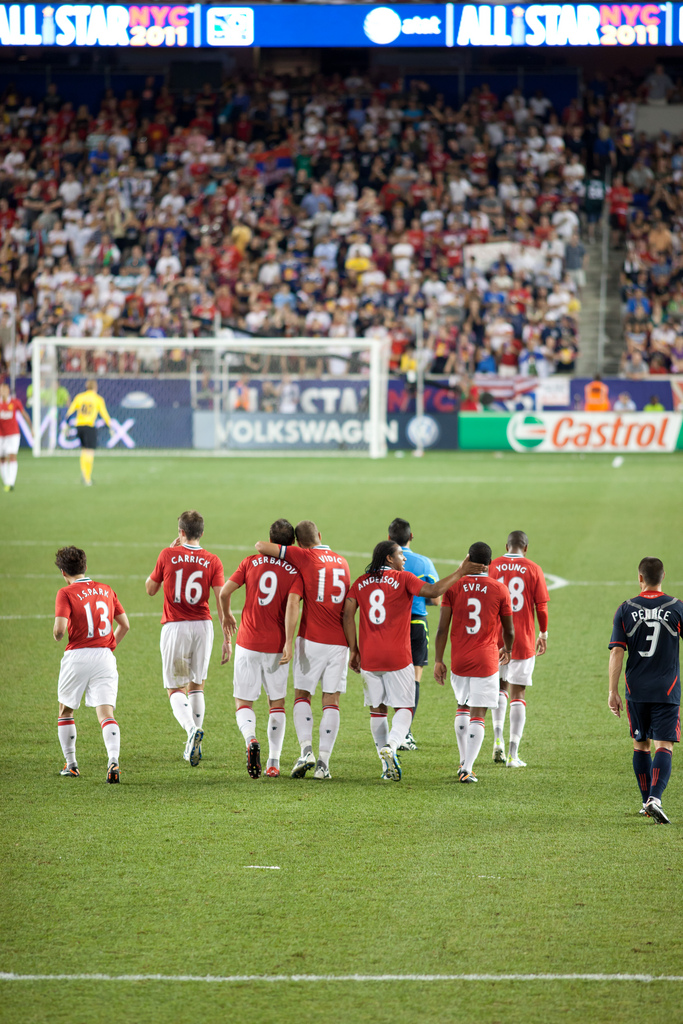 Beaten but not broken.

On Tuesday 22nd November, in the wake of a disappointing home stalemate with Benfica in the Champions League, Sir Alex Ferguson was asked why the English clubs were ‘struggling’ in Europe. He laughed off the suggestion and refused to answer. Of course Manchester United was not struggling; the question seemed almost preposterous to him.

Three weeks on, both United and their counterparts across the city find themselves in the Europa League, having failed to qualify for the knockout stage of Europe’s premier club competition. This can certainly be defined as ‘struggling’. For so long, England has had several teams fighting for European supremacy in the latter stages of the Champions League that it is almost shocking to have only two progress past the group stage. Is there a deeper problem here, or is this a superficial reaction to an anomaly, and shall we see the same four English clubs competing at full strength again in Europe next year?

The English league has long been heralded as the greatest, most competitive league in the football world, which is unsurprising given that the acclaim is almost entirely derived from the English media. For years, fans across the country have confidently asserted that English clubs were easily amongst the best in Europe. They witnessed Manchester United, Liverpool, Arsenal and Chelsea all reach Champions League finals in the last decade (some more than once), with the former two succeeding at the final hurdle.

The last few years have seen the emergence of new dominant forces in football though, and one would face little objection in proclaiming Barcelona as the team to beat now in world football. Years ago, it would have been Manchester United. Arsenal, Liverpool and Chelsea all came close at stages, persistently putting their names forward as big contenders on the world stage. Has football moved on, or are we simply seeing an evolution, with some teams in a state of decline, and others on the up? Manchester City fans would certainly contend the latter to be the case.

Domestically, this season’s Premier League has been one of the most unpredictable in recent memory. Chelsea has been uncharacteristically beatable. Arsenal had a horrific bad patch that saw them concede eight at Old Trafford. And Liverpool has been frustratingly inconsistent. All the while, Manchester City top the league table, Newcastle United have surprised everyone by outperforming some of the best teams in the league, and Tottenham Hotspur have even reached second, showing they may have finally overcome their tendency to capitulate against big-name opposition.

On current form, next season’s Champions League could reasonably see Manchester City and Tottenham Hotspur competing as two of the biggest teams, alongside Manchester United and potentially Arsenal or Chelsea. Newcastle will probably not go the distance and place in the top four by May, whilst Liverpool already look happy to settle for a Europa League spot. The big teams certainly look to be ‘struggling’, when their current form is compared to their recent conquests.

But football is ever-changing, and whilst Manchester United’s presence in the Premier League’s top two in May usually looks about as certain as death and taxes, nothing is assured. Manchester City, despite their inability to qualify for the last 16 of the Champions League, look like a team finally ready to claim the Premier League crown. Tottenham are a very, very good team when they play at their best.

But should the fact that some of the English teams may be ‘struggling’ – either in domestic terms or European terms – worry fans of the clubs concerned? In a word: no. Manchester United fans will not need to be told twice that they have recovered from worse setbacks in the past, returning to glory time after time. Even failure to advance past the Champions League group stage for only the third time in seventeen years will not really panic too many fans. Chelsea, for their part, are becoming accustomed to another new manager and yet another new philosophy; they will improve. Meanwhile, Arsenal has started to play their best football again, and Manchester City’s domestic form more than compensates for their Champions League exit. Liverpool remains inconsistent, but optimistic of long-term re-structuring and subsequent success.

Barcelona may be, in most people’s books, the best team in the world at the moment, but they’ve looked remarkably fragile at times, as their indifferent domestic form demonstrates. The other historical greats – Bayern Munich, Inter Milan, A.C. Milan, Real Madrid, and Juventus – have all had variously turbulent patches and all can claim to have struggled at some point to the same extent, possibly even a far greater extent, than any of the top English sides.

A couple of bad games do not a bad season make. Manchester City still tops the Premier League, and is enjoying their best football in a long time. Manchester United, for their part, still sit in second place; hardly a major cause for concern, considering they’ve been average at many times this season. Both these teams’ exit from the Champions League will have been irritating, but their ‘struggle’ is the shortest of short terms.

There need be no concern for fans of English football; the English clubs are, relatively speaking, as strong as they ever were, and the Premier League is still one of – if not the most – competitive, exciting and unpredictable leagues in the world.