An Open Letter to Sarah Vine

Jessie Donnelly in Columns on 5 February, 2015. 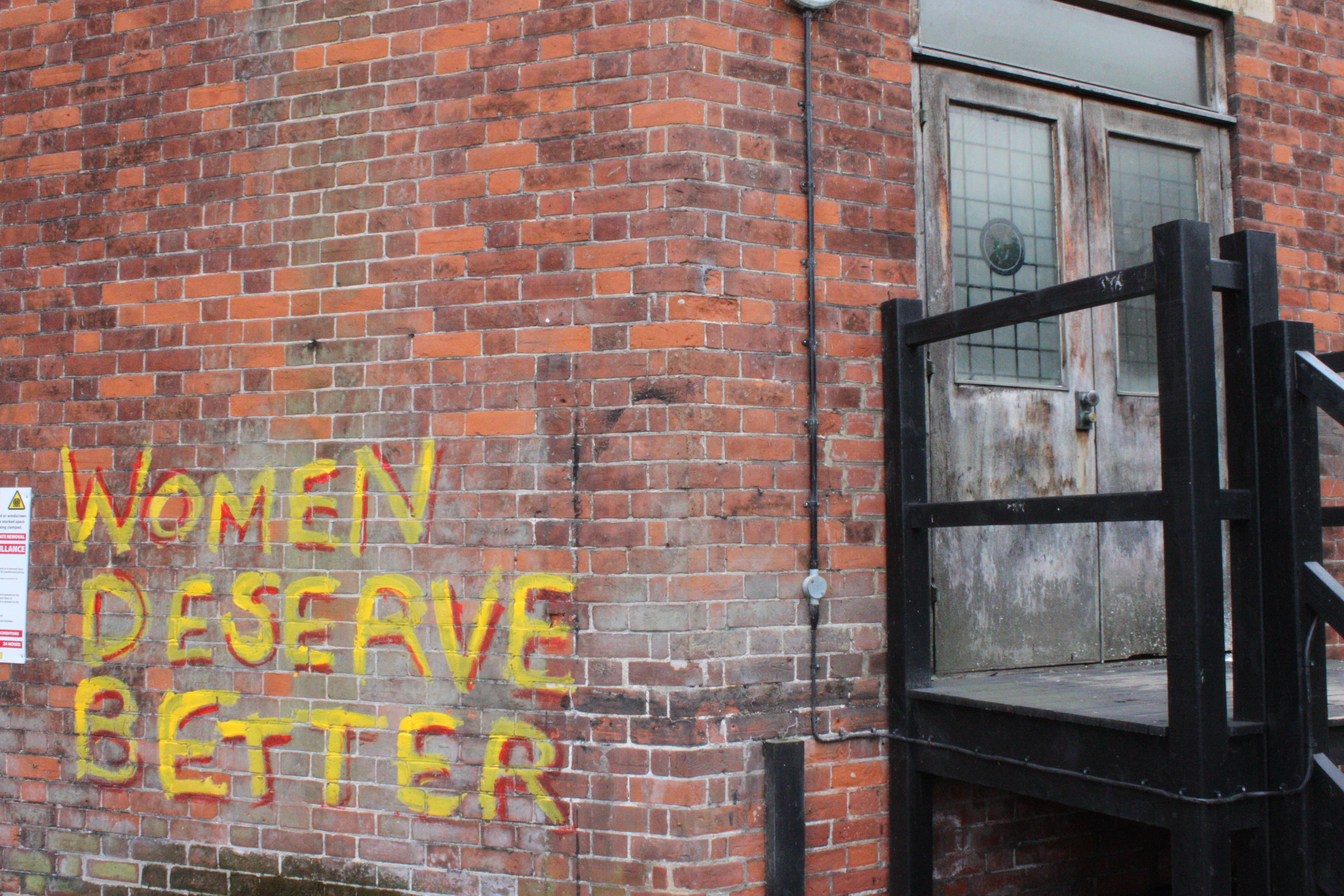 Rape can no longer be swept under the rug and ignored.

I really shouldn’t be surprised by the extraordinary amount of pleasure you seem to take in throwing women under the bus, should I? I mean, you do write for the Daily Mail, that kingdom of (internalised) misogyny. But come on, Sarah, are you honestly going to attack methods designed to improve the way we prosecute rape?

On Friday, you used the latest in a long line of ill-informed rants to criticise new guidelines issued to prosecutors by Alison Saunders, the Director of Public Prosecutions, over how to proceed with rape allegations. For the first time, examples of situations where individuals may be unable to consent fully and freely (a caveat you ignored, Sarah) have been clarified. Prosecutors will now have to consider not just the allegation itself, but the context surrounding it. Was the complainant too incapacitated by either drink or drugs to have been able to freely give full consent? Could the complainant have been more vulnerable or more easily targeted because of mental health issues or learning difficulties? Is the complainant financially or otherwise dependent upon the alleged rapist (a relationship which would affect how they proceed in the investigation)? As well as considering all the questions, prosecutors will now have to ask suspects to explain just how they knew that the complainant had given free and full consent.

(By the way, I’m going to keep emphasising free and full until you stop ignoring them, Sarah.)

Look, Sarah, I’ll be honest with you: I’m not a lawyer. I’m not well-versed in every aspect of UK law. I’ve just had other things to do, I’m afraid; TV shows to watch, books to read, rants about your husband’s educational policies to write… you know how it is.

But it seems to me that, given how thoroughly under-reported and under-prosecuted a crime rape is, any attempts to clarify the investigation process and thus (hopefully) ensure a greater success in prosecuting rapists would be a positive step.

You don’t think so, do you Sarah?

No, in your opinion, the DPP’s new guidance is little more than a politically-motivated effort to reach new conviction targets for rape, as demanded by ‘the so-called ‘vagenda’: the all-men-are-rapists brigade, top feministas like Harriet Harman and the femi-fascist Twitter mob who, increasingly, seem to hold sway in public policy’. You think these guidelines will do nothing but make it even easier for women to cry rape, to add to the already numerous false allegations as women seek to avoid taking responsibility for a ‘disastrous sexual choice’.

As a card-carrying member of the ‘femi-fascist Twitter mob’ – and you really should join us some time, Sarah; when we’re not plotting how to systematically ruin every aspect of men’s lives, we’re really rather good fun – I want to set you right on… well, pretty much everything you wrote.

Firstly, Sarah, please stop acting as if only women are raped. Yes, rape victims are mostly women, but many men are also horrifically violated every year. By acting as if only women can be raped, you are contributing to a climate that stifles male victims and adds an extra dimension to the common fear among victims that their experiences won’t be believed. I get it: the existence of male rape victims is at odds with the ‘drunken sluts who maliciously blame men for their poor decisions’ narrative you’re trying to craft. I sympathise, Sarah, I really do – it’s always a bugger when the facts don’t support the narrow view you’re trying to portray. In fact, I applaud your blind determination to continue with that narrative, regardless of such tedious matters as the truth and reality, but let’s at least try for some honest journalism, hmm?

Because despite how desperate you are for your readers to believe that false rape accusations are exceedingly common, they aren’t. Most sources, from the US Department of Justice to multiple scholarly studies, put the figure somewhere between 2 and 8 percent of all reported rapes (so imagine how small that percentage would be, Sarah, if all rapes were reported, given that the Department of Justice predicts that around 68% aren’t). But don’t blow your own trumpet just yet, Sarah – these are not the false accusations you’re looking for.

You see, most ‘false’ accusations aren’t the malicious acts you would have us believe are ten a penny. ‘False accusation’ is an umbrella term that also takes into account ‘unfounded’ or ‘unproven’ accounts, as well as accusations recanted by the complainant. Recantations can happen for numerous reasons, from police pressure to a fear of having to recount the experience in court to pressure from the rapist. This is no doubt why Saunders has asked prosecutors to investigate the complainant’s relationship to the alleged rapist – recantations cannot always be taken at face value. When looking at the circumstances of rape reports in the US, some commentators have noted that many ‘unproven/unfounded’ rape reports came from individuals in abusive relationships or otherwise vulnerable situations, suggesting that the rape allegation may have been used to call attention to their situation as rape allegations are (generally) looked into.

We’ve also got to remember that the police aren’t perfect, Sarah, and this further skews false accusation statistics. When the British Home Office conducted analysis of 2,643 sexual assault cases in 2005, it found that 8% of these reports were classified as false. However, the study also found that many of these decisions were based solely on the officer’s personal judgement and failed to follow the official criteria for establishing false allegations. When decisions that hadn’t followed the criteria were omitted, the proportion of false accusations dropped down to 3%. Now, I’m not saying that all the omitted decisions were necessarily wrong – I know you all try to keep things black-and-white over at the Mail, but I’m fond of nuance – but when most of these ‘false allegation’ decisions are made without following procedure, I do get a creeping feeling of doubt.

Oh, one more thing. Your attempt to use the rising number of reported rapes as evidence of a culture that facilitates and encourages false allegations is laughably pathetic. I mean, the numbers already show that can’t be true, but we’ve established your aversion to facts. Even so, here’s another fact for you: marital rape was exempt from prosecution until 1991 in England. It’s a crazy thought, but perhaps the rising number of rape reports is because society’s attitudes towards rape have generally become more progressive over the years, because most decent people no longer see the victim as at fault for their rape, because we have created safer spaces for rape victims to come forward.

That’s it from me, Sarah. As much as I would like to pick apart every ridiculous sentence in your ‘article’, there’s only so much misogynistic victim-blaming I can stomach in one sitting. I ought to congratulate you, really, as it’s been a long time since reading something has made me quite as angry. Still, I think I’ll save the party poppers until you realise just how completely in the wrong you are.

I realise I may be waiting a while.