Afghans in Iran – looking for a homeland 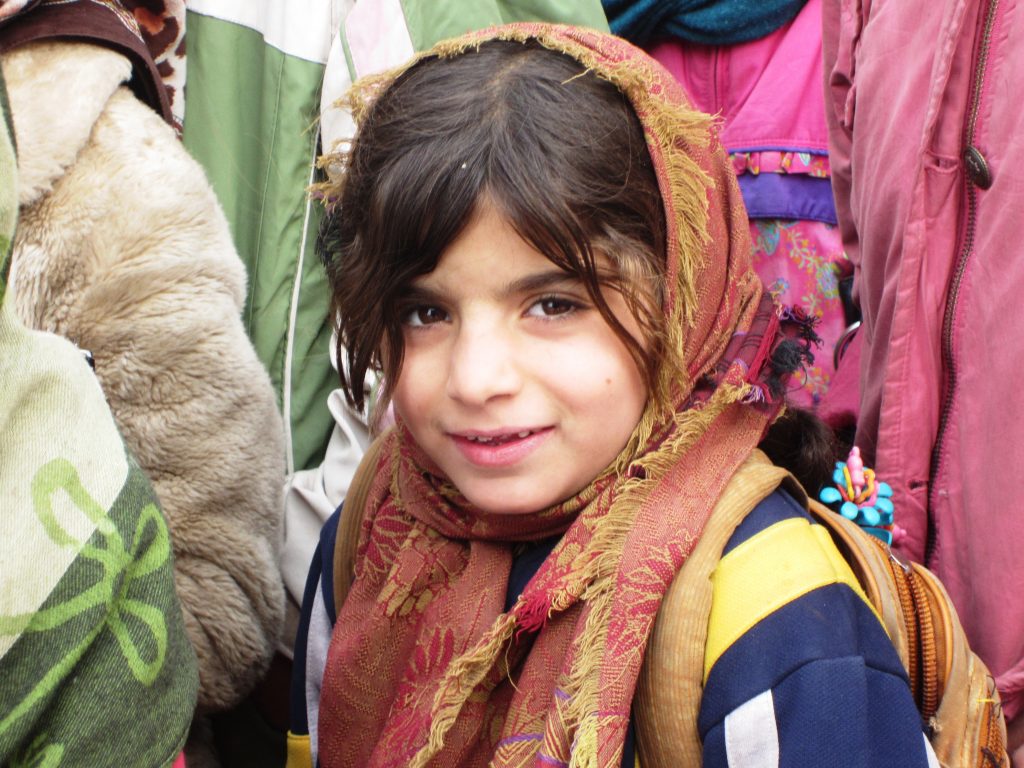 Tehran’s Nimrouz exhibition should mark the beginning of a frank conversation in Iranian society. Its subject? The condition of Iran’s Afghan refugees. For the first time, major galleries are showing the work of Afghan artists concerned with the plight of their countrymen.

It is estimated that 3 to 4 million Afghans are living in Iran, of whom only 1 million are officially registered as refugees. Most fled Afghanistan in the wake of the Soviet invasion and the ensuing conflict, but many have continued to arrive since the US-led intervention in 2001. The majority of the refugees are from Afghan regions that share both Iran’s religion – Twelver Shi’ism – and its language, Persian, making Iran their natural destination.

However, Afghans face severe discrimination in Iran. Some refugees have lived there for three generations, yet the government has refused to give them Iranian citizenship, and has therefore excluded them from benefits like “Rouhanicare”, the President’s lauded healthcare programme, and the right to own a car. The refugees’ desperate desire for citizenship has even been exploited: conscripted Afghans are fighting ISIS in Syria on the promise of citizenship when they return.

The Iranian government sees Afghans as a nuisance. Iran already struggles with an unemployment rate of nearly 13%: they do not need a larger workforce. Moreover, the country’s unusually homogenous population is one of its greatest strengths, which could be threatened by incoming foreign nationals, no matter how culturally similar.

In general, Iranian society has a disparaging view of the Afghans, who are often considered ignorant, ill-educated and disruptive. Unfortunately, this view is self-perpetuating. Only the Afghans officially registered as refugees enjoy primary education, and any progression beyond that is fraught with difficulty. I witnessed this myself when I was in Iran in summer. My friend Reza* is a third-generation refugee from the suburbs of Tehran. He has never been to his ancestral homeland, Afghanistan. His predicament is both extraordinary and typical. He is a student at the best university in Iran, a rare achievement for an Afghan, and unlike native Iranians, he must pay for his education. Because Afghans are prevented by law from working in any sector other than manual labour, Reza must pay his fees with what little money he can earn from a construction site, the same construction site at which his father and grandfather, too poor to retire, still work. In class, he sits alone, excluded from his Iranian peers. The difficulties he faces trying to complete his degree demonstrate how effective the government has been in preventing the Afghans from assimilating into Iranian society, and reveal why they still form an underclass incapable of vertical movement.

Reza faces an additional problem. He is a Hazara, an ethnic group from central Afghanistan. The Hazaras are believed to descend from Genghis Khan’s Mongolian soldiers, and so have noticeably different appearances from their neighbours. Indeed, Reza looks so unlike most Iranians he often pretends to be Korean when he is with strangers, something he finds both funny and bittersweet. In Afghanistan, the dominant Pashtun group discriminate against the Hazara in much the same way the Iranians do. Reza, born in Iran, a country that rejects him, is equally foreign in his “homeland”, a country he has never even visited.

The Nimrouz exhibition will hopefully act as an important landmark in the struggle of the Afghan refugees in Iran. If the Iranian government is keen to shed this hostile stereotypical image of Afghan refugees, it must act to incorporate them into Iranian society. For many it has been generations since they left Afghanistan: it is too late to go back.

*not his real name