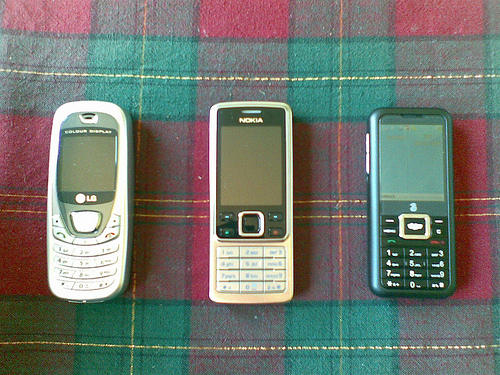 Want some wonga for these?

It was when I was watching X Factor that I finally snapped. No, it wasn’t because Katie was still in the competition somehow (after what is clearly the sort of vote rigging that Mugabe and Ahmadinejad would be proud of) but because of the sheer numbers of adverts that I was being forced to watch in-between the programme. I had to be restrained by my housemates.

Every time I turn on the TV, to any one of the hundreds of Sky channels, there is a strong chance that I will be forced to watch a 30 second piece of rubbish trying to sell me something I don’t want. We only have 600,000 hours on this earth, and I have wasted many of those hours being forced to watch this tedious rubbish. I heard that some people watch the Super Bowl in America just for the adverts. This is clearly why the stereotype of American fat morons exists. Why would anyone waste 3–4 hours of their lives doing that? That is the sort of insanity that causes Leonidas to shout and kick people down wells. I could understand why that might be true if the adverts are good, and to be fair advertisers do raise their game for the Super Bowl, but generally adverts are terrible.

There are many, many adverts in England which foster the basis for this rant, but the top three for me are: Envirofone, any advert by Asda, and of course Go Compare. These are the three main reasons why Kim Jong Il hates capitalism and corporate America so much.

The reasons why I hate the Envirofone and Asda adverts are very similar. Both contain “real people” talking about a product that sounds like it was devised by Jesus or something. The “real people” they use in Envirofone are the most annoying actors they could possibly find, from all backgrounds and diversities – obviously, using language like “wonga”. I consider myself to be fairly well read, but I have never, ever, heard money being described as “wonga”. “Forget about the debt Steve, it’s only a couple of wonga.” No. Don’t be ridiculous. However, this is not the most ridiculous thing in the advert. Halfway through, the actors are exclaiming that you can get “£50, £100, maybe even £150!” for your phone. When it comes to the climax of this sentence however, the black actor laughs whilst saying “maybe even £150!”. Why? What on earth is so funny about receiving £150 for an old (actually, for that price your phone has to be nearly new) phone? If this guy finds this hilarious, Lord knows what would happen if he saw a stand up comic. He would probably explode and die from the sheer ecstasy of it all, unless of course he was watching Andy Parsons.

No one laughs unnecessarily during the Asda adverts, but it still features “real people” doing shopping together. Firstly, I don’t know any women that do a group shop together. That’s just strange. What is even stranger, however, is that they then all gather around a computer with their receipts to see if they have saved money, compared to shopping at a competitor supermarket. Their “independent” source is mysupermarket.com, which is featured now in literally every Asda advert I have seen, leading me to believe it can’t possibly be independent at all. I also really hope these people don’t exist in reality, because that is a really, really sad thing to do for an entire day. And this is coming from the man who has watched all seven seasons of Gilmore Girls.

Finally, and quite possibly brilliantly, is the Go Compare advert. For those of you who haven’t seen the operatic man yelling at strangers “GO COMPARE!” because you refuse to own a television due to your Amish beliefs, the premise is just that. Two people are having a conversation about being unsure what is cheaper, when a fat man with a fake moustache appears from nowhere to abuse them into comparing it online. Not only is the premise ridiculous, but it also has the killer combination of dreadful singing, and regular advertising slots. The Go Compare man is now so hated in Britain that he is probably higher up on the “most wanted” list than Osama Bin Laden. I however, happen to think that this is actually a brilliant piece of advertising. God knows that I hate it, more than I hate my unborn daughter who threw away a place at university, to follow her dream of exotic dancing – but it is brilliant because everybody who has seen it mentions it. By becoming a figure of hate, the word of Go Compare has spread like wildfire, on par with the Compare the Market meerkat; and so as a piece of advertising it has done its job. Clearly the best way to get rid of this infernal man therefore is to ignore him, and not continue to talk about him and write online articles about him…

If you think there is a more annoying advert on television that causes you the sort of rage that is normally only seen in combat, please write it in the comments below. Simples.