A Student’s Eye On: Pop Music 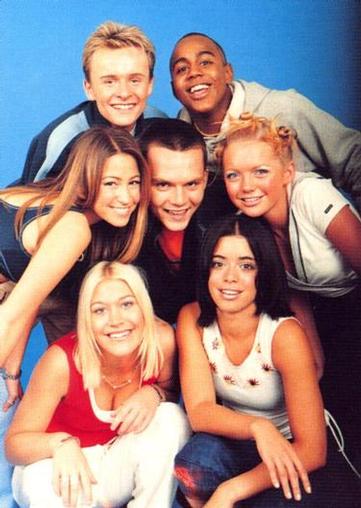 More formulaic pop music than you can shake Simon Cowell at. And we bloody love it.

Students are a misunderstood and much maligned group of people. Our equivalent place in the animal kingdom would be the stage between the youthful caterpillar restricted to a single leaf, and the independent butterfly able to spread its wings and explore the world. Yes, we are the ugly cocoon thing in the middle which, if you look closely, almost resembles a hungover student condemned to his bed for the weekend. We may be stuck in a strange teenage twilight, but the world takes on a unique tinge when you’re a university student. For example, a discarded pizza on the street, teenagers would think, “eugh”, adults would think “irresponsible littering”, but a drunken student would think “dinner”. Despite the pearls of wisdom that university students come up with, no-one ever attempts to see the world through our eyes. I am going to try and rectify this unfortunate oversight.

I introduce to you, student vision; an interpretation of everything from world issues to everyday occurrences through the eyes of a bored, stressed and still-hormonal university student. I could never claim to represent the opinion of student-kind, but as I stumble drunkenly through world politics, stopping briefly at the cheesy pizzeria of popular music, I hope that you not only avoid getting lost in my long, winding metaphors, but that you nod your head in agreement at least once.

To kick student vision off I’m going to start with something we all know and love, teenage superstars. Everyone has heard of Hannah Montana, Justin Bieber and Rebecca Black. The prevailing party line is either ambivalence or vehement denial of their right to exist. To every intent and purpose, they’re giving our generation a bad name. University students are determined to find the next big thing so that ten years down the line you can boast on YouTube about how you knew them before they were “mainstream”. University life is all about headbanging to weird indie-electro-shoegaze during the weekdays to cancel out busting a move to Rhianna during the weekend clubbing. If indie music is the average student’s religion, then Hannah Montana is the antichrist.

It’s very difficult to argue that teenage stars are worshipped by students, but deep down we all harbour a love for the corny and clichéd. Back in the day there was no shortage of popstars. With S Club 7, for example, you got 4 Hannah Montanas and 3 Justin Biebers; that’s more formulaic pop music than you can shake Simon Cowell at, and yet every student lets out a yelp of joy when “Reach” is played on a Saturday night. Students don’t hate today’s teenage popstars; we just wish they were more like the popstars of old. Nostalgia is a symptom of getting old, and now we’re pushing twenty it’s already time to start wishing we were younger. Even the most hardened indie listeners with their fringes swept back and their tattoos upside-down, (because standard ones are “too mainstream”), can’t help but enjoy the warm feeling of familiarity that old pop groups bring.

It’s canon fact that the music of Bieber is garbage, but that’s not why he’s ostracised in the student world. We’re all painfully aware that teenagehood is slipping away and as a result, we want to preserve the memories of those turbulent years. There is unlimited space in memories for good music, but only a limited amount of space for music so bad it’s good. We don’t hate Bieber and Hannah Montana, we just don’t need them.

Now if you’ll excuse me, I’m going to end this article, lean back and reminisce about the Steps concert I attended aged 11. Simply put, it was awesome.