A Small Glimpse of Korean and Hong Kong Culture 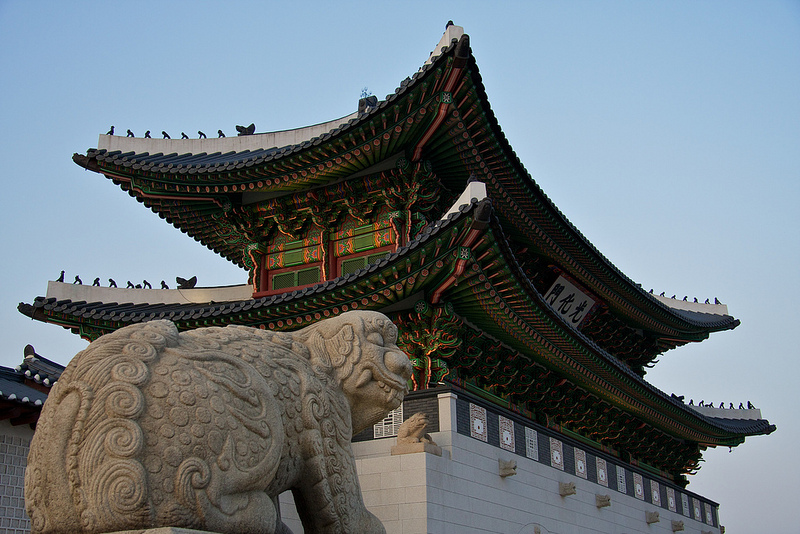 Although Hong Kong and Seoul are only separated by a two hour flight, my visit to Seoul prompted a realisation of the huge difference in lifestyle between the two cities. Filled with narrow crowded streets and buzzing with life in every corner, Hong Kong, the Pearl of the Orient, was what I portrayed Seoul to be like in my mind. However, I was confronted by a totally different image as I landed at Incheon airport and had my first taste of Seoul: delicious strawberry flavoured milk.

The strawberry flavoured milk in a mini carton is the beginning of my understanding of Korea’s national interest in beauty and a healthy eating habit. My lovely Korean friend jokingly told me how Korean boys buy their girlfriends strawberry milk every-day in the morning due to the rumour that it leads to a better figure. During my next few days in Seoul, chilling in beautiful traditional tea-houses, I cannot help but notice how each tea has its own health properties. The popular five-taste tea, which interestingly tasted incredibly sour to me but sweet to my Korean friend, has the function of improving digestion. From traditional to western, Koreans’ passion in healthy drinks can also be seen in Korea’s famous smoothie chain-store, which lists out the amount of calories for each drink. Koreans’ love for a healthy diet has been passed on through the centuries. Indeed, Korea’s national dish – kimchi, is renowned for its high concentration of dietary fibre and its amount of vitamin C. Kimchi is also promoted as a dish that enhances beauty.

Korea’s interest in beauty is extended to a common passion for shopping. Unlike the simplistic design of Hong Kong’s subway system, Seoul’s underground is a colourful and vibrant city of its own. Wide roads opening up like a spider-web, every glimpse grasps the eye with cheap feminine dresses, tops, hair accessories, and rows and rows of skin-care products. Another difference is the way people dress and present themselves. In Seoul, putting on make-up for a casual shopping trip is common occurrence. Everyone wants to look their best in every occasion. The street scene of well-dressed ladies with eyelashes curl-perfect contrasts greatly with the business-like ladies without make-up in Hong Kong’s busiest areas. You will also be surprised to know of Seoul’s massive 24-hour department stores. With hundreds of little stores filled with cute clothes and accessories, these department stores get more popular as the night goes by.

Although Seoul gives the impression of a hectic city at night, Seoul in the daytime is a soothing melody compared to Hong Kong’s quick-paced rhythm. I was impressed by the huge amount of unique, quirky coffee shops and restaurants in Seoul that offers an interesting and relaxing space. One of the many types of coffee shops in Seoul are board game cafes. In the café, people get to order any of the games in the café and play as long as they like by paying for a drink each. Restaurant-wise, Seoul has a wide-range of funky restaurants that are lacking in Hong Kong. Mad for Garlic, an Italian restaurant true to its name, is a gem located in one of Seoul’s hidden streets. With everything there made with garlic, such as its cheesy garlic pizza and its garlic decorations, this themed restaurant uncovers a little part of Seoul’s undeniable charm.

Seoul’s soothing melody is also portrayed through its architecture, which contrasts with Hong Kong’s sharp and purpose-built buildings. Gyeongbokgung Palace, one of Seoul’s three palaces, has a cosy beauty unlike the magnificent grandeur of China’s Forbidden Palace. Decorated with flower patterns, Gyeongbokgung Palace looks pretty and petite. The low-rise buildings in most areas in Seoul contrast with Hong Kong’s skyscrapers. The sky seems to be buried in the midst of Hong Kong’s tall buildings, light covered up by concrete giants. Most residential buildings are around 30-stories high and Hong Kong’s tallest building, the International Commerce Centre, has 118 floors.

Regardless of how modern and technically advanced Hong Kong is as an International city, it also has its superstitions. Unlike Koreans’ superstition with people’s blood type, Hong Kong has a variety of superstitions, which includes horoscope, palm reading, and a belief in ancient Chinese gods. When my two friends from India and Korea visited Hong Kong, we went to the Lotus Temple in Tai Hang. In its mystical, smoky, candle-lighted interior, my two friends kneeled down, shook the container filled with prophetic sticks, and waited till one of the sticks fell to the floor. Taking their prophetic sticks to the fortune-teller, I sat by their side expecting to be their translator. Astonishingly, the fortune-teller began speaking fluent English, foretold my friends’ future love and career, and talked about his experiences around the world. Three of us were simultaneously shocked and, including me, marvelled at the common knowledge of English in Hong Kong compared to most cities in Asia.

As I looked out of the plane window before it flew to the skies, I could not help but miss all the uniqueness Seoul possesses that differentiates it from Hong Kong and other cities in Asia. However, there are so many places I have yet to explore in Asia: the romantic beauty of the Taj Mahal in India, Japan’s stunning cherry blossoms, and the scenery of Guilin described by many of China’s most talented poets. Before I set foot to these places, I will leave my longing to unending dreams and fantasies…