A Selection of French Fancies 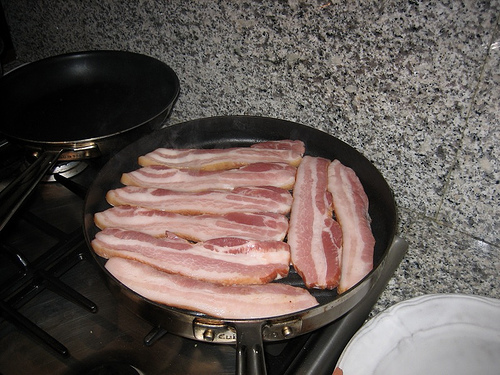 A love story, brought to you by Monoprix

I’ve been on my year abroad since the beginning of last September and therefore have not written a single piece of academic work since I left Durham at the end of June. Now, whilst on our year abroad, all that the languages department requires of us is a 1000 word essay, written in the target language, which discusses an aspect of life in whichever area of the world you are in. I had such good intentions with this: I was going to be organised, get it done before Christmas so that I could enjoy the last 7 weeks of my time in France with no essay to have to do. However, here I am, less than 2 weeks to go until the deadline, with 44 words in tow. Hmm. Not quite sure my initial plan worked out. I have my topic (the fabulous light show at the Cathedral), have found a few articles on it (thank you tourist office for having a brochure or two to save the day) and dedicated the entirety of last Sunday to get it done. So why o why did I manage to write 44 words (over a period of about 12 hours) and spend the rest of the day watching Friends?

The truth is, I genuinely think I have forgotten how to work. For the past 5 months I have prepared lessons, done some translations and admin work, yet I haven’t actually sat down and written a proper piece of academic work in a very long time and therefore, I have actually forgotten how to do it. As I sat down at my desk, I simply could not remember how to start an introduction, how to string sentences together that actually make sense and sound vaguely intelligent or how to structure paragraphs; quite the tragedy. So I did what a student does best, put it off and watched TV all day/ browsed Asos. How productive. 6 months or so before I start my final year is not particularly the best time to forget how to work.

In other, perhaps not earth-shattering but a petit amusant anyway, news, one moment that I have particularly enjoyed during my first 3 weeks back in France after Christmas occurred whilst playing Pictionary. My boss asked me to help out in one of her English classes and despite the fact that the students are in their 3rd year of university, she wanted me to play games with them.

Can’t complain really – who doesn’t want to spend their afternoon insulting the mental age of their students by conducting a game of Pictionary? So anyway, I sat with the students and after a few rounds the student who was drawing on the board started to speak to his team. Which is, of course, forbidden in Pictionary. So another guy shouted out “cheater”, followed by the rest of the class joining in and shouting it in some sort of chant. Now on face value this does sound funny; however, do remember that the French cannot pronounce “ch”, pronouncing it as “sh” and the “ea” sound comes out as some sort of “i” sound; so put the “sh”, “i” and “tter” together and voilá, what do you have? Comic genius. I could not stop giggling for the rest of the session. How one is so easily amused when playing the games one played as a child – although I am wondering whether it is perhaps my mental age that I should be questioning.

Other than this little gem (perhaps you had to be there) I do have another little jewel of a fabulous nature to share with you. I decided to take a walk on the wild side and venture into a different supermarket rather than my beloved Carrefour last week and discovered something so incredible that I almost had a coronary heart attack. For the past 5 months I have been separated from a dear, dear love of mine – the wondrous creation that is bacon, as France has no concept of what real bacon is. So as I walked along the aisle in the Monoprix and found dried bacon staring back at me I thought all my birthdays had come at once. Hallelujah. Thank you, thank you Lord. Yes, I devoured an entire packet in one night and yes, it’s not quite a match for the Marks and Spencers version but who cares? I was on an absolute high as I sat in my room, reunited with one of the true loves of my life.

So, only a month to go in Amiens and as I’m determined to make the most of it, let’s hope I have some rather fabulous things to report on next time. With a trip to Paris in sight, fingers crossed… Bisous.