A Search for a View: Part One

Harriet Mallinson in Columns on 20 September, 2013. 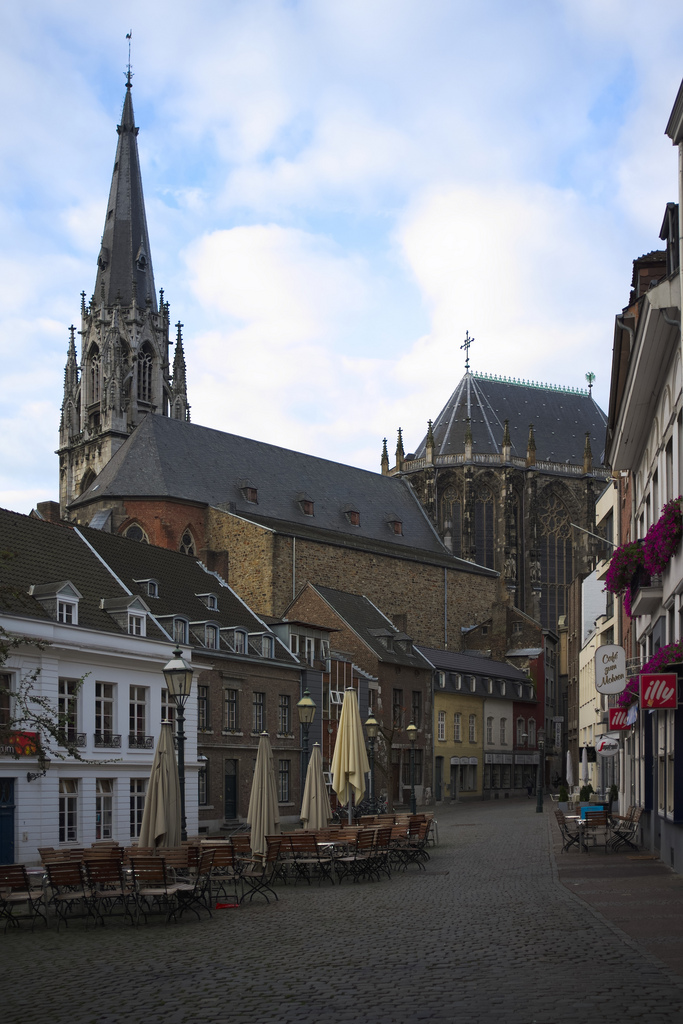 “Two lone females in an unknown city, now that’s what I call an adventure!”

In my all-time favourite film, ‘A Room with a View’, Judi Dench announces, while strolling along with Maggie Smith through Florence, “Two lone females in an unknown city, now that’s what I call an adventure!”. When my mother suggested a package holiday to the Moselle Valley in Germany, I admit my visions of sunning myself on the shores of Capri were somewhat dashed, but I attempted to remain optimistic and channel Judi. Things started out badly for the young Lucy Honeychurch in the above film but by the end of it she was happily married to the rather lovely George Emerson. I too was obviously going to find myself the German equivalent. Obviously.

Needless to say my psychic powers have never been top-notch, and when I clambered aboard the coach with my mother, to find myself next to Dorothy, Shelia and Mavis, all seventy-plus, my vision of passionately tearing off Wolfgang’s lederhosen was promptly smashed.

I couldn’t help but cast my mind back to a university football team trip to Amsterdam when we all piled on a coach at 2.30am, laden with beer and high expectations. We drank, sang, made sexual innuendos, played games, and generally made merry for the entire journey from Durham to Amsterdam. Four years later, somewhere between Leuven and Liege, when I overhear Mavis happily exclaiming, “Oooo look a supermarket”, I know things are going to be drastically different.

Our first stop of the week was the town of Aachen, the favourite town of Charlemagne back in the day; who, it transpires, could neither read or write, which somewhat begs the question: why did I put myself through the trauma of double science GCSE when old Charlie M conquered a good part of the world and remains very famous today without even having mastered a Roger Red Hat early reader book? My mother and I strode out into the town centre after a somewhat lacklustre hotel meal (evidently I didn’t bond with the biddy next to me who cheerfully announced, “I love broccoli” – we were never going to see eye to eye) in order to do some exploring. The old buildings were beautifully bathed in evening sunlight, and, with the aid of an ice-cream, I began to see things in a more rosy light myself.

Although Aachen’s biggest claim to fame is obviously its delicious gingerbread (printen), its history and architecture aren’t too shabby either. The town hall (rathaus), dates from 1330, and, previously the palace of Charlemagne, is a wonderful combination of baroque and gothic architecture. The slightly blackened façade, the result of years of pollution and also the victim of two major fires over the centuries, features 50 statues of German rulers. I’d say this led to some celeb-spotting, but who am I kidding, school history lessons didn’t cover those details; if it wasn’t in the GCSE text book Mrs Lake was nae interested. Inside is its renowned coronation hall decorated with Alfred Rethel’s 19th century frescos of the life of Charlemagne, plus the odd imagined scene of great bravery to beef things out a bit. It would seem Charlie M is a bit of a BNOC (‘big name on campus’ in university lingo) here.

The cathedral (dom), built on his orders in 796, was the coronation site of 20 German Kings and 12 Queens and was the first German building on the UNESCO World Heritage list. Moreover the interior is breath-taking and decidedly different from your average European cathedral. One of the most famous examples of Occidental architecture, the entire ceiling is covered with glittering mosaics, depicting a variety of biblical scenes and religious imagery. The cherry on the cake of course is the stature of the Virgin Mary and a rather cheeky looking baby J…both wearing necklaces and dresses made of a sparkling blue material. I like dress-up as much as the next-person, hell, changing the outfits of my ice-skating Barbie and horse-riding Barbie used to be one of my favourite pastimes as child; but Jesus looking like a bit of an infant drag queen? Something of a novelty.

On the topic of fashion, things were really heating up in the footwear department when it came to the tour group– crocs and socks with sandals seemed to be order of the day, not to mention men’s shorts pulled up to their waists and socks hoisted to mid-calf level. I ask you; they couldn’t have been more stereotyped if they’d tried.

At lunch we positioned ourselves outside a café. In an attempt to distract me from the utter lack of age range in our party, mum hissed in my ear as she got up to order, “feast your eyes on a bit of youth,” gesticulating towards a street band playing on the opposite site on the road. Hoping for a Germanic Alex Pettyfer I twisted round in excitement, only to observe the guitarist in question is 15. FIFTEEN. It’s a good job we don’t live in a culture of arranged marriages, who knows to what extent my mother would be scraping the metaphorical barrel.

My bafflement turned to utter hilarity however when my mother, on her return from the loo, walked headlong into the glass wall on her way out of the café with a resounding clang. “I didn’t have my glasses on!” on claimed, clutching her head in her hands. I know I should have been sympathetic but I was in fits of laughter. And she thought she was so superior to the other pensioners…

In case you were labouring under the illusion that this holiday was a wild piss-up, let me set you straight. It was not. However, should I have been knocking back the double vodkas, legend has it in Aachen that the Bahkauv, a four legged monster with a long tail, will quite literally hang over (geddit?) you with its large front paws and you will be forced to drag the critter all the way home. The Germans clearly like you to pay the price for your debauchery, what can I tell you. That said, they claim the only way to get rid of the beast is to swear at it. Classy.

Our final tourist stop in Aachen was the museum treasury, and if the artefact labels are anything to go by, I apparently came inches close to Jesus’s flagellation rope and his belt. Quite how they know this is beyond me, but if it means I can say I came face to face with history itself, that’s fine with me. Baby J cross-dressing and Adult J’s accessory collection; Aachen, you gem.