A Night at the Ballet 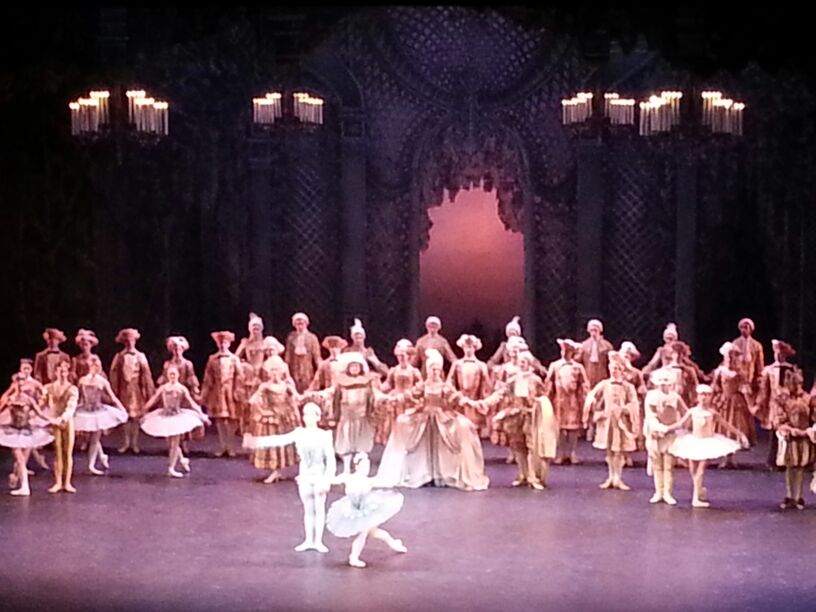 Two tickets to the ballet, penciled in for Thursday the 10th of January at the London Coliseum. Now, I have my own particular interests, and they are quite firmly set in stone on the manifesto of my personality. To name a few: comedy, mixed-martial arts, music, and literature (along with cigarettes, alcohol and debauched women). These would make it somewhere near the top of the list of things to do of an evening in Andrew-land. The ballet, I would forever hasten to interject, does not make it on my bucket list. To strengthen the point further, at certain points in my life ‘not going to see the ballet’ would have definitely been right at the top of the page, underlined, highlighted, and in the boldest of bold. But, as these things go, people get in the way. I did say two tickets afterall.

For a while now, a darling of a person in my life has been wanting to go to the Ballet. Despite many a valiant attempt to explain why the Ultimate Fighting Championships is a ‘kind of ballet’ – just with face punching and neck choking instead of Pliés – no dice (it was worth a punt though). But, being the first-rate human that I am, I went and bought the tickets purely because I knew she’d have a good time. And that’s just one of a plethora of examples for putting the winning case forward for sainthood after I expire. I mean, if ever I see a homeless person on the street, and I happen to have spare-change knocking about in my pocket, I almost always offer them sympathetic looks. Just a really good egg, as countless egg-laying creatures would say.

So there we are, two tickets to see the English National Ballet’s production of Sleeping Beauty at the London Coliseum (or ‘Col-liss-si-um’, as my friend would have you pronounce, but she’s a moron so…only kidding hun). Before the start of this article, I knew that I would probably end up writing on the ballet. But there was such a niggling desire to report back on the experience in the form of Gonzo Journalism, Hunter S. Thompson style. A Night at the Ballet, but with a trunk filled to the brim with “two bags of grass, seventy-five pellets of mescaline, five sheets of high-powered blotter acid, a salt shaker half full of cocaine, and a whole galaxy of multi-coloured uppers, downers, screamers, laughers…”. Yet, not being a debauched, drunken, American, professional troublemaker usually prevents such behaviour. And besides, ‘w e were somewhere around the London Coliseum on the edge of Leicester Square when the drugs began to take hold’ doesn’t nearly have the same effect as “We were somewhere around Barstow on the edge of the desert when the drugs began to take hold.”

The closer January the 10th approached however, the more ticket holder number 2’s enthusiasm began to rub off on me. I’m not a philistine by any stretch of stretchy things, and I endeavour to be open to completely open to new and fascinating experiences (as long as they don’t involve a ball-gag, candle-wax and a gimp mask). Aside from any personal obligations I had from going to the ballet, I believe settling into a routine and doing the same thing over and over can be hazardous to one’s health. Henry David Thoreau; a much recommended writer I’ve just started to get into said: “We should come home from adventures, and perils, and discoveries every day with new experience and character.” Of course, this does not mean you should do your best Jack Bauer impression and single-handedly thwart those pesky terrorists, all the while making relevant social commentary on the US government. But, you could take up badminton, write a novel or even go see the ballet.

The ballet was great. I wish I could offer a more substantial opinion on it, but as you can tell I’m not the go-to guy in the world of all things dance. I don’t know my Coupé’s from my Croisé’s (other than it being a small car and half a croissant). However, the production was incredible, Tchaikovsky’s music sensational, and the performance of Sleeping Beauty itself as my Partner-in-Mime put it, was ah-mah-zing.