As the year of 2020 settles in, a reflective quiet that often follows a thundering storm appears to have emerged. The force of the new decade has made its silent, yet echoing hit. You may be wondering what I mean by force, and in all honesty I’m not totally sure of how to verbalise it — it’s a uniquely bodily feeling, a pulsing of panic in one’s veins; like that of when you feel the turbulence hit, or realise you’ve forgotten your passport. 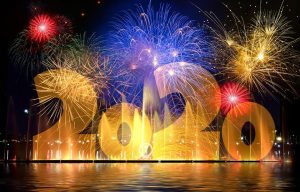 Source: https://pixabay.com/illustrations/new-year-s-eve-fireworks-4652544/ (Free for commercial use, No attribution required)

This feeling is, in an attempt to clarify the impenetrable musings I have just spouted, the realisation that time has not, will not and is not stopping. There’s no break to reflect or catch your breath. No moment to rest. You can’t press the pause button to run and grab a tangerine, like you would when watching a film of someone else’s life. The rapid stream of time is rushing on in one direction, and one direction only. At times, this point of 2020 to name but one, it has become, and will continue to be overwhelming.

This pang of fear is the awareness that there are 8 year-olds who were born in 2012, a year that seems like that of one or two behind us currently. Am I the only one that feels as if they own the years they have lived through, like a jealous child who’s reluctant to share, the thought of someone else being born during those that I’ve lived in feels like an affront? Did they ask me permission for that year? Was I not even deserving of a call? I feel a tantrum coming on as if I were an excluded little girl. I know it’s petty, and distinctly like a child, but it seems time can only change so much. 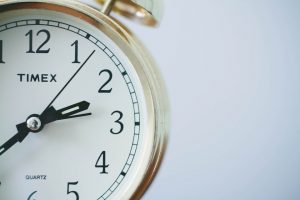 Source: https://pixabay.com/photos/time-timer-clock-watch-hour-371226/ (Free for commercial use, No attribution required)

As you stop to look behind you the arrow of time continues relentlessly onwards. At times I just want a day, just one, to stop and look back and catch-up without the feeling that I’m always behind. To acknowledge all I have in this moment: my health, the health of those I love. A paused and silent moment to look at myself now, knowing that for the time being everything else is still. It’s similar to that feeling of being inundated with work, the sensation that with the submission of one essay comes the oncoming deadline of another – no time to reminisce or rest, just an endless cycle.

2020 feels like a seminal year, as the end of the 2010s and for me, the start of my second decade, it’s the first time I’ve been acutely aware of what a new year truly means. It’s the universe’s giveaway and periodic reminder that you’re not promised eternity. You don’t have forever to enjoy, the world reminds you that that would be an indulgence. And so, realising this for the first time is in itself poignant. You’ve clocked (no pun intended) the game of time. One of life’s limited rites of passage has been completed, and so with it comes the sober (or for most, hungover) moment after the festivities of the New Year, to ponder – or in my case pontificate – what time can’t change.

This may be an unorthodox approach to the discourse loitering around New Year’s, resolutions, bids and auctions for new qualities and selves – but I truly think those characteristics that can’t be changed, or put better, shouldn’t be changed are what count. The only balm for the wounds of time is the sensation that certain things are fixed and won’t be swept away with the stream. To grasp at something tangible and secure, to root oneself on the solid ground as water gushes by around you.

T.S. Eliot’s poem; ‘The Lovesong of J. Alfred Prufrock’ looks poignantly at this feeling of being left behind by time as it passes you by. This particular extract, with its unanswered questions and image of the mundane and cyclical nature of life, really resonates:

And indeed there will be time 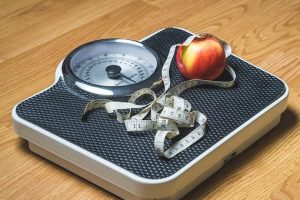 Source: https://pixabay.com/illustrations/weight-loss-weight-nutrition-scale-2036969/ (Free for commercial use, No attribution required)

In a minute there is time

For decisions and revisions which a minute will reverse.

Have known the evenings, mornings, afternoons,

I have measured out my life with coffee spoons;

So how should I presume?

Eliot’s concept of measuring out one’s life with coffee spoons captures the minutiae and repetitive workings of our years like no other. The poem (if you haven’t read it already, I would recommend it without a shadow of a doubt) does ultimately reaffirm the value of doing something with your life. Like life’s yearly reminder that we all have an expiry date (as maudlin as that may sound), Eliot reminds us that we’re all afraid of failing to amount to greatness, but that dawdling and delaying with questions of ‘Would it have been worth while.’ and ‘Should I, after tea and cakes and ices,/Have the strength to force the moment to its crisis?’ is a year and life wasted. No person should see the moment of their greatness flicker, and so what comes with a new year is a cue to remind yourself of this.

And so the through the peregrinations that is this discussion, what I hope is becoming increasingly clear is that time won’t change certain things. The settling in of a new year is not cause for fear or panic. Your essence remains the same irrespective of time. With the dawn of a new year comes the rare gift to make of it what you choose. Board the secure boat that carries you upon the stream of life, and remind yourself to take comfort in those things that make life what it is, like the years one is gifted to ‘Disturb the universe.’