A Life of Contrasts 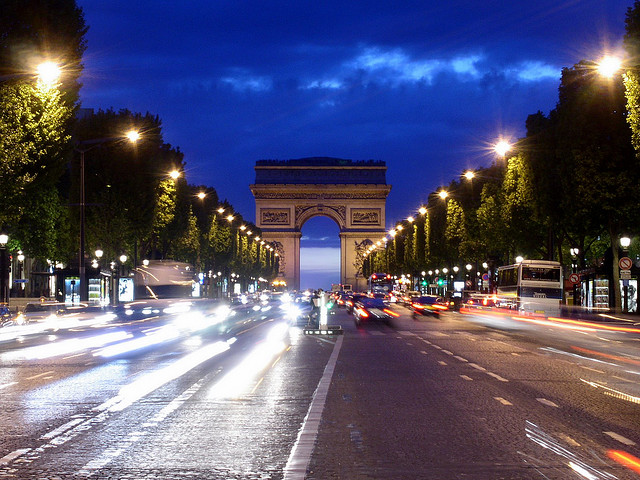 Life in the fast lane

Paris is a curious place. I have been living here for one and a half months now and still have no idea what to expect. My life in Paris is one full of contrasts, with constantly-shifting perspectives. Rigid adaptation to a single mode de vie is nigh-on impossible, but the result is a feast for the senses.

During my first week here, a workmate insisted on taking us on a tour of Paris par nuit, or Paris by night, in his car. This involved racing up and down the quais of the Seine and the cobbles of the Champs Elysées whilst he pointed out the sights and recommended the hidden gems. The city seemed to flash past in all its glory, the lights blurring as they whizzed by and leaving a magical palette of colours imprinted in my head. For a newcomer, it was the perfect introduction to Paris.

But just a few hours later I found myself in slightly less inspiring surroundings. Firstly, the metro and its notoriously rancid stench, followed by a sweaty four bed dorm in a Montmartre hostel. I lay there, with the creaking of bunk beds and the snoring of three large men filling my ears, depressed at such a fall from grace.

I experienced something very similar just a couple of weeks ago, when I was to go to a Eurosport party on the illustrious avenue Georges V. I walked up from the pont de l’Alma, naive of my surroundings, and was handed a free glass of champagne as I entered the excruciatingly chic club. The champagne kept flowing, along with wine, cheese, ham and supermodels. Indeed, Miss France had graced us with her presence for the night and, modeling various sporty numbers for a photo shoot, had commanded a larger crowd than that for the CEO’s headline speech. The evening was a taste of the glamorous side of Paris that is so well documented in popular culture.

But, less well-documented settings were once again not too far around the corner – I said my goodbyes and made my way back to my tiny studio flat on the Place de la Bastille. Although I enjoy the convenience of my bedroom, living room, kitchen, shower and bathroom all being in the same room, I appreciate that it’s a far cry from how things are done in the upper echelons of Parisian society.

Such contrasts occur on a day to day basis too. Stereotypes are upheld one day and shattered the next. For example, the notion of the rude and obnoxious Parisian is one which is often spectacularly adhered to (the rule here is that people get on trains before others get off). However, manners are a crucial part of everyday life. Elevator etiquette indicates that you must wish someone a bonne journée, a good day, as you get off on your floor. If not, there will be tutting.

Furthermore, the grandeur of some of the buildings and galleries is at odds with the grittiness of life found only a stone’s throw away. And all the while the heart of the city’s rich literary heritage still beats strongly, notably along the quais of the Seine, which are lined with bouquinistes selling old and second hand books.

For a year abroad student, Paris conjures up such a fascinating blend of experiences. It sweeps you along, with highs and lows, but it never gets dull. One moment you’re sipping champagne and playing scalectrix with Miss France, the next you’re showering in your living room. You just need to catch your breath sometimes, walk down to the Seine and realise how lucky you are.