A Fiesta in Cholula 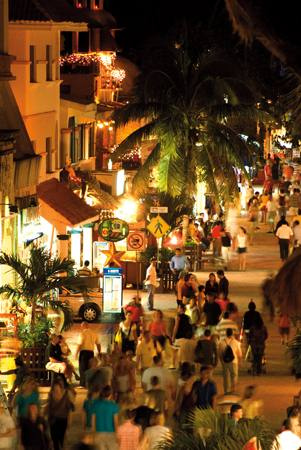 “Here’s a top tip for anyone visiting Mexico – reggaeton is not cool.”

Three months into my Mexican adventure, one thing that I have noticeably cut down on is booze. That might well be because I don’t have to down the five double-vodkas necessary to make the Klute experience just about bearable. More likely, it’s because my humble apartment is surrounded by sophisticated sit-down bars, rather than packed-out student clubs. Needless to say that it wasn’t long before I was craving a proper, Durham-esque night out, and an impromptu guest last weekend provided the perfect excuse.

Let’s start from the beginning: what to wear? In Durham one can wear just about anything. If you’re in the mood for fancy dress then you have no need to worry about drawing unwanted stares or concerned looks because you’ll be in good company. If you want to keep it casual, a.k.a. t-shirt, leggings, and converse, then as the Mexicans say: ‘no hay problema’. And of course if you want to dress up and actually make an effort with your appearance then you’ll fit right in between the casual partiers and the dolled-up locals. However the situation out here in Puebla was a little more problematic. Even throughout the day, it’s a frustrating reality that if you are wearing a skirt or dress of any length then you will attract a few unwanted looks. My logic was that if I can’t wear my skirts out in the day, then I may as well get some wear out of them on a night out when I’d at least have some company. Beyond that I decided on some modest make-up and a pair of flats (I don’t think anyone with an ounce of sense that has seen the roads of Cholula would disagree with my footwear choice).

Next up – predrinks. Now this was about as classy as predrinks in Durham, and by that I mean we drank wine from a box at the dining table. It tasted like cheap vinegar but we downed as much as we could before heading out. The first place we went to was called “Container City” and it was literally that: a bustling collection of old storage containers that had been transformed with fairy lights and grubby stools into a series of lively bars. If you’ve watched Storage Hunters at any point then it really doesn’t take a huge amount of imagination to visualise what was there.

After over an hour in Container City we decided it was time to find a proper nightclub. By ‘we’ of course I’m referring to those of us that were left after the ones that were holding us back (in other words, the girl that manages to lose her purse/keys/ID in every other bar, plus the girl who peaks far too early and ends up vomiting) left. Here’s a top tip for anyone visiting Mexico – reggaeton is not cool. Us Brits might think it’s really fun and super-Latino, but los mexicanos will cringe horribly if you ever admit to your secret love for it. It thus follows that screaming “QUEREMOS REGGAETON AHORITA” (“We want reggaeton right now”) over and over will not yield success. It will attract looks. Strange, strange looks. Miraculously however, we eventually found a club that played the songs we wanted and ended up having a great night.

The only thing to sour the night came right at the very end. Ultimately, only one other trooper made it to the end of the night so there were just two of us to split the taxi fare. We haggled our way to a 140MXN fare and jumped into the cab, eager to get home. Unfortunately however, it wasn’t to be so easy. It seemed that our driver was determined to get more money out of us, demanding more when we stopped at the petrol station for both the petrol and to tip the man cleaning his windscreen. Of course we adamantly refused to give him anything, but it didn’t end there. When we finally reached home exhausted, we handed over 150 and told him to keep the change. However the pinche driver hastily stashed the 100 note at the front and insisted that we’d only given him 50, demanding the rest of the fare. He locked the doors shut so we couldn’t leave and for the first time in my Mexican adventure I was genuinely scared for my safety. In the end we had to give him all of the cash that we had before he let us out. It was a scary reminder of how easy it is to become vulnerable out in Mexico, and it was a warning to us, because what happened could have been far, far worse. It certainly won’t put me off going to Cholula again, however I would warn anyone on a night out in Mexico to take safety warnings seriously. It was certainly a wake-up call for me; perhaps a timely one before I begin my solo travels across the states of México. It’s been over three months of working here in Puebla; it’s time for the real adventures to begin.

Overall I’d definitely recommend going to Cholula for a night out. It would be absurd to let the final 30 minutes ruin what was otherwise a hilariously memorable night. In many ways, looking back on the experience, it’s as though Cholula is to Puebla as Newcastle is to Durham. We save it for the special occasions. The expectations are high, and rightly so because the bars and clubs are definitely better. And somehow, despite downing ridiculous amounts of alcohol, and waking up with a terrible hangover, having spent far too much money on the taxi rode home, we still want to do it all over again.