A (Chocolate) Chip on Our Shoulders – Who’s to blame for the Obesity Epidemic? 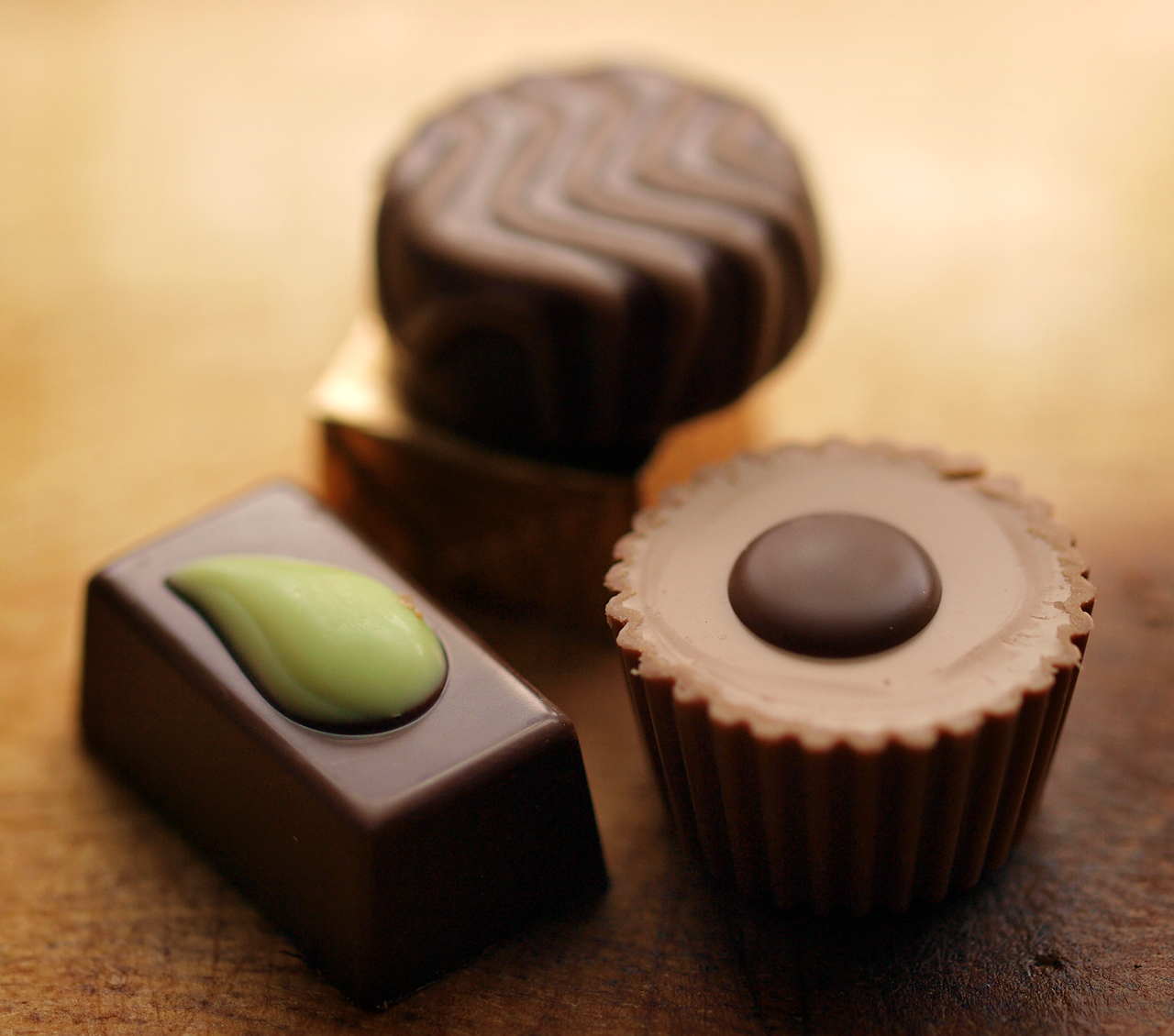 You’re one bite away from guilt-filled happiness…

Supermarkets are a prime locus to explore complex power dynamics within the domestic sphere. One simply has to take a stroll down the aisles of Tesco on a Sunday afternoon to witness throngs of families, saddled with bargaining, negotiating children and harried parents, blustering and blundering under the burden of the big question: “Hobnobs or Hershey’s?”

Food is indisputably endemic to culture; it has evolved from a form of physical sustenance into a cultural instrument, appended with the values and practices embedded in our social fabric. Food is invested with symbolic meaning; it is a repository for shared experiences and memories. Food is also affiliated with a sense of kinship and community, as an inescapable, routine social practice. In a college setting, I find myself eagerly anticipating the thrice-daily gatherings for meals as a welcome reprieve from the day’s dreariness, with the promise of good company and a common unifying factor: the need for food. And yet, food has become a social issue sparing much incendiary polemic over the past years. Ironically, it has been transformed from an instrument of cultural inclusion into a matter of heated division. One does not have to venture far to be bombarded with a melange of mixed media messages on the best diets, or national campaigns on the necessary evils of obesity. Why, just the other day, Coca-Cola told me that with its bottle, I could ‘open happiness’. That sounds like a tall order for a glass of soda, but one can see the quick-fix allure of such a promise. Who doesn’t yearn for happiness, and better yet, happiness mixed with a spoonful (or make that ten) of sugar?

This column was inspired by a recent set of lectures I attended on food and society. As a Literature student taking an elective Sociology module, I look forward to my Social Science lectures for my weekly dose of current communal concerns. For a recent project, I was tasked to research the obesity epidemic as a cultural manifestation. Reading up on the subject, I was astounded by the academic altercation over the root cause of the epidemic and the proposed precautions for prevention. Academics have launched into diatribes against a multitude of possible factors- advertising, poor nutritional quality, bad parenting, sedentary lifestyles and genetics. Amidst the atmosphere of dissension, a single question unified the polemical people: where does the burden of responsibility rest? Should blame be appropriated to the individual, or the seemingly invisible social forces that have perpetuated poor food choices?

The incensed debate had me considering my own stand on the matter. I believe that no isolated factor single-handedly propels this predicament, but rather, the interaction between our environment and evolving lifestyle patterns. Virulent criticism is frequently directed at an invisible ‘society’, one that offers fertile ground for breeding an obesogenic environment. The deluge of fast food advertising bears testament to this, as do the heavily discounted ‘junk’ snacks and access to convenient, but cholesterol-heightening ready meals. Lifestyle changes have exacerbated the situation, with time, finances and convenience dictating our consumption patterns. Despite my moderated view on the confluence of different factors, I opine that cost and convenience seem to work against healthy choices. As time-pressed and cost-conscious students, we are particularly susceptible to the cycle of chocolate chip cookies, crisps and cans of carbonated drinks. A quick survey of supermarket shelves surfaces the blatant disparity in food pricing; healthier, wholesome meals come at a significantly higher cost than their cheaper, nutritionally sparse counterparts. A bag of heart-healthy Jordans’ granola costs approximately £4, almost double that of Frosted Flakes or Coco Shreddies. And would a cash-conscious shopper truly pick four ‘natural’ Nakd bars for £3, over Jammie Dodgers or Bourbon Creams that cost just 50p for a whole roll?

This disjunction in pricing is a mitigating factor in the current milieu of cost-conscious consumers, who privilege convenience over quality. A recent study conducted by the universities of Cambridge and East Anglia exposed this disquieting discrepancy, by considering two weighted baskets with wholesome produce and less healthy food such as pizza and doughnuts respectively. They found that the average price of more healthy foods was about three times higher: £7.49 for 1,000kcal, compared to £2.50 for 1,000kcal of less nutritious food. Interestingly, the fast-food magnate KFC parodied this relationship between fast food and cheaper prices in a popular advertising campaign. The advertisement featured images of luxurious material symbols such as infinity pools and diamonds, juxtaposed with that of inflatable pools and diamond tattoos. It cleverly capitalised on the widening economic disparity to advance the slogan ‘fun with little money’, associating their latest low-priced Smart Menu with affordability and accessibility to the masses. While the advertising campaign surfaces the appeal of fast food to middle or lower income stratum with entertaining levity, we should critically consider the message that it is espousing. The impetus for such a message is the very real issue of the economic gap, which impinges on one’s ability to act upon the ‘healthy eating’ principles that have been indoctrinated in us.

The misrepresentation of information is another prime cause. Misinformation circulated through advertising is a palpable problem. Certain foods have been labeled as healthier choices, a misnomer if one critically considers the nutritional value of such products. Recent diet fads have championed the complete annihilation of fats and carbohydrates from the diet, spurring the aggressive advertising of fat or sugar free products. Such products are misleadingly placed on a pedestal for our palates, drawing a spurious correlation between fat-free and higher nutritional values. The terms ‘light’ and ‘all natural’ have also become misappropriated synonyms for health. Kashi ‘Go Lean’ bars and Pita Crisps were among the latest in a string of companies to be sued for the misleading claim of ‘all natural’ goodness, with the products containing a slew of unpronounceable chemical additives. It joins Pepsi’s ‘Naked’ juice, which purportedly claimed to be ‘all natural’ while containing genetically modified additives. Similarly, Kellogg’s Super Mario children’s fruit snacks were targeted at the health-conscious parent. The explicit claims of being made with ‘real fruit’ belied the minimal percentage of real fruit and chemically charged fruit puree used. Such misinformation works against the naïve consumer, lured into a false sense of security through such linguistic manipulation.

The promotion of health-conscious consumption behaviours has placed much precedence on the value of individual responsibility and agency. Obesity is often appended with the notion of failure – a failure to resist temptation or achieve an idealised, fit lifestyle. However, by detaching the individual from the equation, and critically considering the ineluctable socio-economic and cultural factors at play, one can see that the issue extends beyond a matter of resisting temptation. The rhetoric of personal choice has concealed the root causes that conflate and reinforce the creation of an obesogenic environment, one that compromises the consumption of both the health-conscious and the cost-conscious. Knowledge is power; by debunking nutrition myths and approaching the issue from the perspective of cost and time considerations, we may take greater strides at understanding the matter at hand. Comprehension is the bedrock for change.