A Brief Stop-off in Sunny Ol’ England: Looking Back at the Year So Far 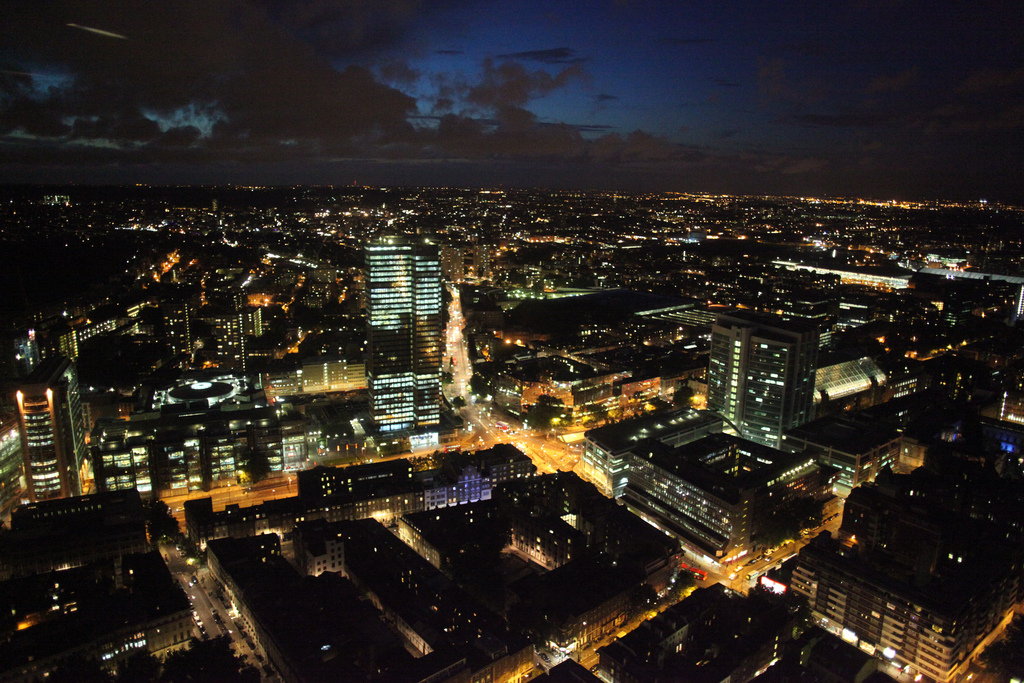 It’s good to be home.

Hello there! First of all, с новым годом (or Happy New Year)! I hope plenty of festive fun and frivolity was had by all and that 2012 is treating everyone kindly thus far (though a recent visit to the dissertation-wrought of Durham suggests this may not universally be the case…). Oddly enough, this addition to my Year Abroad column is making its intrepid way through cyber space, not from a hastily assembled hut in the middle of frozen Russian tundra, as I’d like you to believe, but from the outskirts of Wolverhampton: I don’t return to Moscow until Sunday, so I apologise for the false advertising. Naturally, upon returning to England after precisely a hundred-and-eight days in the Russian capital, there were a number of notable differences and culture shocks: I’d waved goodbye to London on a balmy September morning; now, I was inexplicably on the verge of weeping with patriotic joy as we flew over a chilly metropolis, awash with twinkling Christmas lights. Six hours before, a passport control officer had glared at and scrutinised me for approximately thirty minutes, literally throwing the unnecessary papers I had handed to him in my face; now, his Heathrow counterpart was disconcertingly wishing me good evening.

OK, so, admittedly, these are somewhat trivial examples; nonetheless, I have been genuinely stunned at the extent to which my return to England – my original point of reference, so far removed from the detached ‘bubble’ that is living in Moscow – has led me to assess and reconsider the validity of certain values and practices which, previously, I would never have had cause to question. To list all of these changes in approach and attitude would be impossible, not to mention eye-wateringly boring for everyone involved, but there are a few choice issues in which the ‘Russian way’ provides some real food for thought:

1. Fur. In Britain it is impossible to have been bypassed by the contentiousness of this issue and, whilst I wouldn’t have been found drenching the polar bear-clad fashion elite in blood, I certainly would never have considered wearing it. I’m not really sure of my reasons; I suppose, firstly, the High Streets of the West Midlands are hardly the appropriate theatre for strutting your stuff with a huge dead animal on your back; secondly, it always just seemed a bit icky. And then, there was Russia. From the first day of November onwards, a simple metro ride doubled up as a trip to the zoo. Enormous coats of fox, rabbit, and mink: they’re everywhere. Fighting with a menagerie of animal carcasses for a seat on a long journey has become commonplace. For Russians in winter, fur becomes a second skin and, indeed, when the mercury sinks to below fifty, who can blame them? Slavs have spent thousands of years honing the best methods to survive the extremes and, whilst I don’t see myself investing in real fur any time soon, it seems ignorant of us, who complain of feeling the chill at the first sight of frost, to cast aspersions on this age-old practice.

2. Being nice. When I first arrived in Moscow, I was severely taken aback by the apparent rude and obnoxious behaviour of just about everyone. Shop assistants, metro-ticket cashiers, waitresses: all placed between curt and terrifying on the politeness spectrum. Naturally, I got used to it and, having got to know people outside of this official setting, realised that this is generally a public façade. Given Russia’s history, it is unsurprising that its people have retreated almost completely into the private sphere. It is for family and friends that they reserve their emotions and kindness; why waste energy on ameliorating meaningless official transactions? Put like that, the Russian way really does seem to make a great deal of sense and, more than once this Christmas, I have been tempted to hurry up the odd ditzy, chatterbox shop assistant by snapping my fingers and shouting, ‘Come on, woman!’. I didn’t, of course… I’m not completely Russian.

So there we have it: half-way through the Russian adventure and the experience has been scary, hilarious and enlightening all at once. So, as I prepare to embark on Moscow Part II, armed with the confidence, valuable life skills and knowledge accumulated last year (namely that peanut butter, when you can find it at all, costs A LOT and beetroots are cheap and tasty), I only hope that it keeps getting better!