A layman’s guide So, a force of scientists has re-analysed the newly released HARPS spectra for the low-mass star GJ 667C using the HARPS-TERRA software and has combined these Doppler measurements with those obtained from the PFS and HIRES spectrographs. Using Bayesian and periodogram-based methods, they re-assessed the number of candidates and evaluated the conﬁdence […] 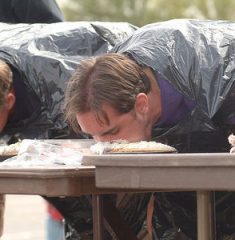 “Who ate all the pies?” Durham has become the first ever university to be awarded the ‘Mickey Quinn High Performance University’ status. This award recognises the quantity and quality of talent delivered through the pie-eating programme at Durham University. It is the first award of its kind and part of English Pie-eating’s development of its […]