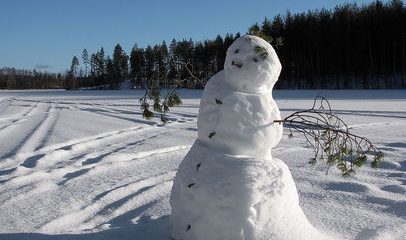 Shock Avalanche turns up new stones in the slippery path to answers Despite certain icy threats received from the International Snowman Security Services, I have decided to go ahead and publish my findings from last night. If you don’t hear anything from me again, it may be because I have had to go into hiding, […]

The snow thickens As promised, I have been investigating the disappearance of a snowman, now named as Icicle Bicycle Bill, who was last seen in the grounds of St Mary’s at 10pm on Wednesday 23rd January. No family has been located, and only one snowman interviewee, Snow Joe, claimed any sort of acquaintance with him. […]