Day 94 Day 94 in the Papal Conclave and most of the priests are gathered in the Sistine Chapel. Marc Ouellet is in the diary room. “I just can’t do it anymore. We’ve been here for 94 days and it’s driving me insane. I think Archbishop Scola has stolen some of my milk, and no […] 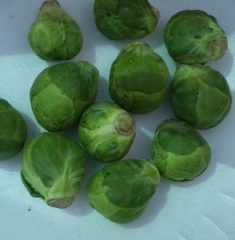 Brussels sprouts delay plans for world domination for another year

The crackers aren’t the only thing to keep an eye on The International Council of Brussels Sprouts has declared that its plans to wipe out humanity and form a global dominion have been delayed for another year after an abysmal summer has left the population of Brussels sprouts depleted. An emergency meeting of the council […]